President Pendarovski met in New York with representatives of “Macedonia 2025” 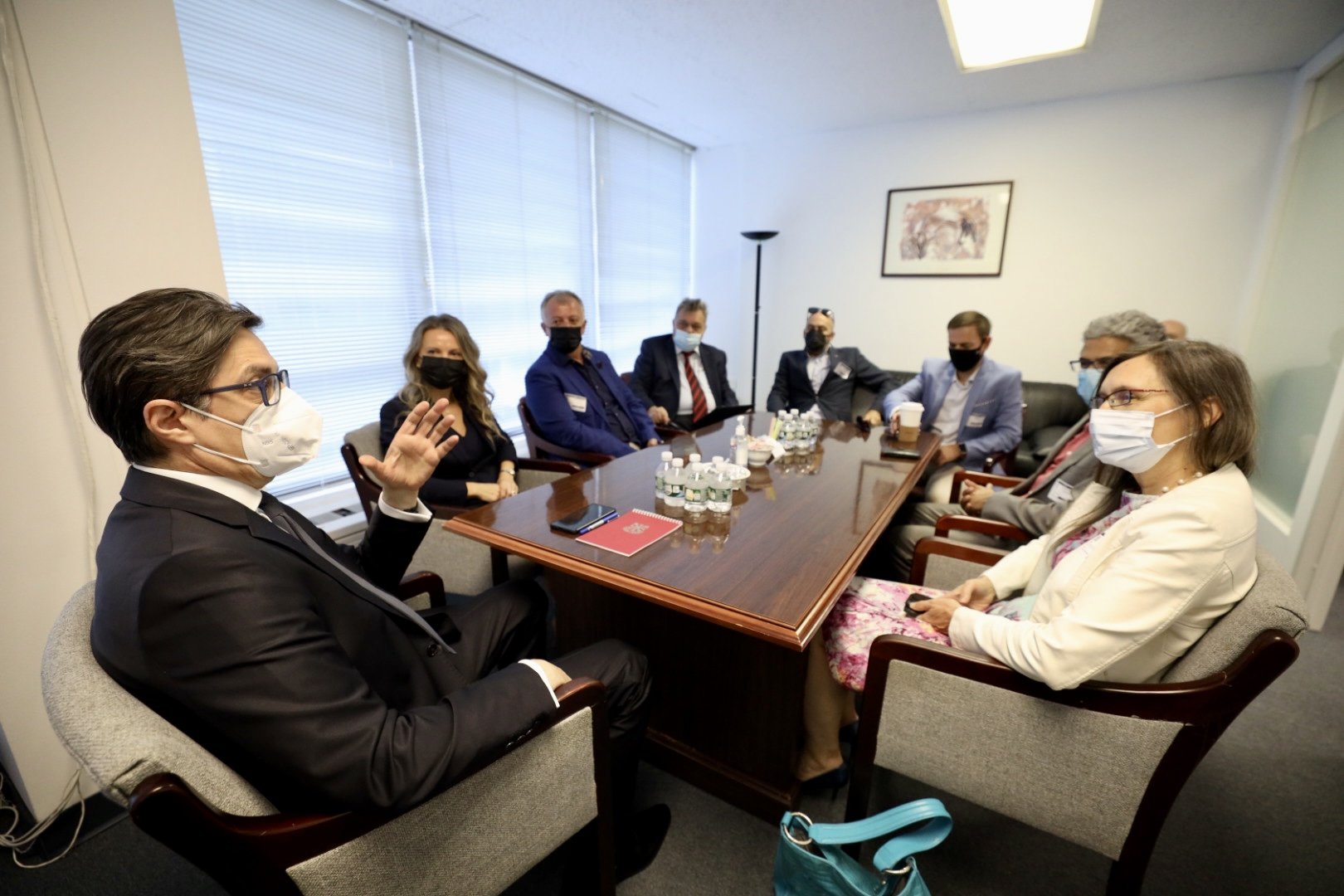 President Stevo Pendarovski, during his visit to the United States on the occasion of his participation in the United Nations General Assembly, met in New York with representatives of the organization “Macedonia 2025”.

At the meeting, the representatives of “Macedonia 2025” informed the President about the activities and priorities so far in the context of their activities in New York and the American continent as a whole.

President Pendarovski stressed that “Macedonia 2025” is a positive example of the contribution of Macedonian Diaspora in the economic and democratic development of North Macedonia and expressed his support for their work.

Recognizing the efforts made so far, President Pendarovski encouraged the representatives of “Macedonia 2025” for their enhanced engagement, thus expressing the will and determination of the Macedonian Diaspora to be actively involved in building the future of North Macedonia.

The meeting discussed the future plans of the organization, as well as scholarship programs and other projects that actively build leadership skills among young people and support their talent.
In that context, President Pendarovski thanked for the involvement of “Macedonia 2025” as partners and supporters of the School of Policies at the Presidential Center for Political Education.