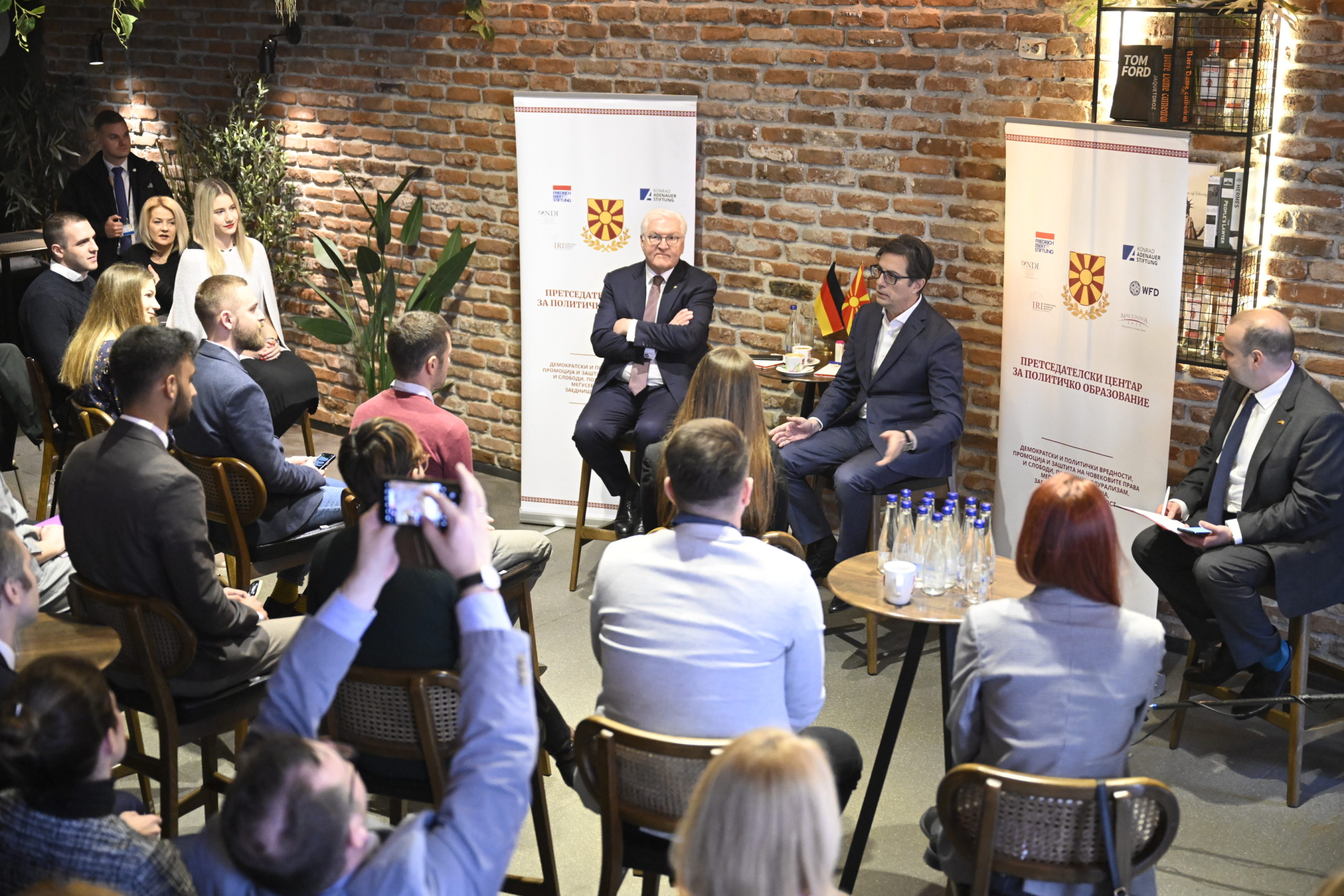 President Stevo Pendarovski and the President of the Federal Republic of Germany, Frank-Walter Steinmeier, held a meeting today in the Old Bazaar in Skopje with alumni members of the Presidential Center for Political Education and scholarship holders of the Center’s partner organizations, where they discussed the perspectives of young people in North Macedonia and about the process of European integration of the region.

Presidents Pendarovski and Steinmeier exchanged opinions with the young people on the current issues in Europe and the region, on the European perspectives of the countries of the Western Balkans, the European integration of North Macedonia, the challenges of young people, growing Euroscepticism and the principle of consensus in relation to the enlargement of the EU, dealing with the outflow of brains, providing perspectives for young people.

President Steinmeier praised the activities of the Presidential Center for Political Education and said it was a pleasure to hear the views of young people from North Macedonia, their thoughts on the European Union, as well as their expectations from Germany.

In the talks, the two presidents pointed out that one of the responsibilities of the politicians is to provide conditions and encourage the economic development of the states, in order for young people to have prospects in their countries.

The Presidential Center for Political Education was established by the decision of President Stevo Pendarovski as an effort to strengthen the democratic political values, human rights and freedoms promotion and protection, political pluralism, mutual tolerance, unity and solidarity. The School of Policies is organized within the framework of the PCPE; partners of the project are the Friedrich Ebert Foundation, the Westminster Democracy Foundation, the Konrad Adenauer Foundation, the National Democratic Institute of International Affairs (NDI), the International Republican Institute (IRI) and “MK2025” Foundation.

Earlier, the two presidents took a walk through the Old Skopje Bazaar, as a cultural-historical part of the city and a symbol of our multi-ethnic society.