Statement by President Pendarovski after the 14th Security Council session 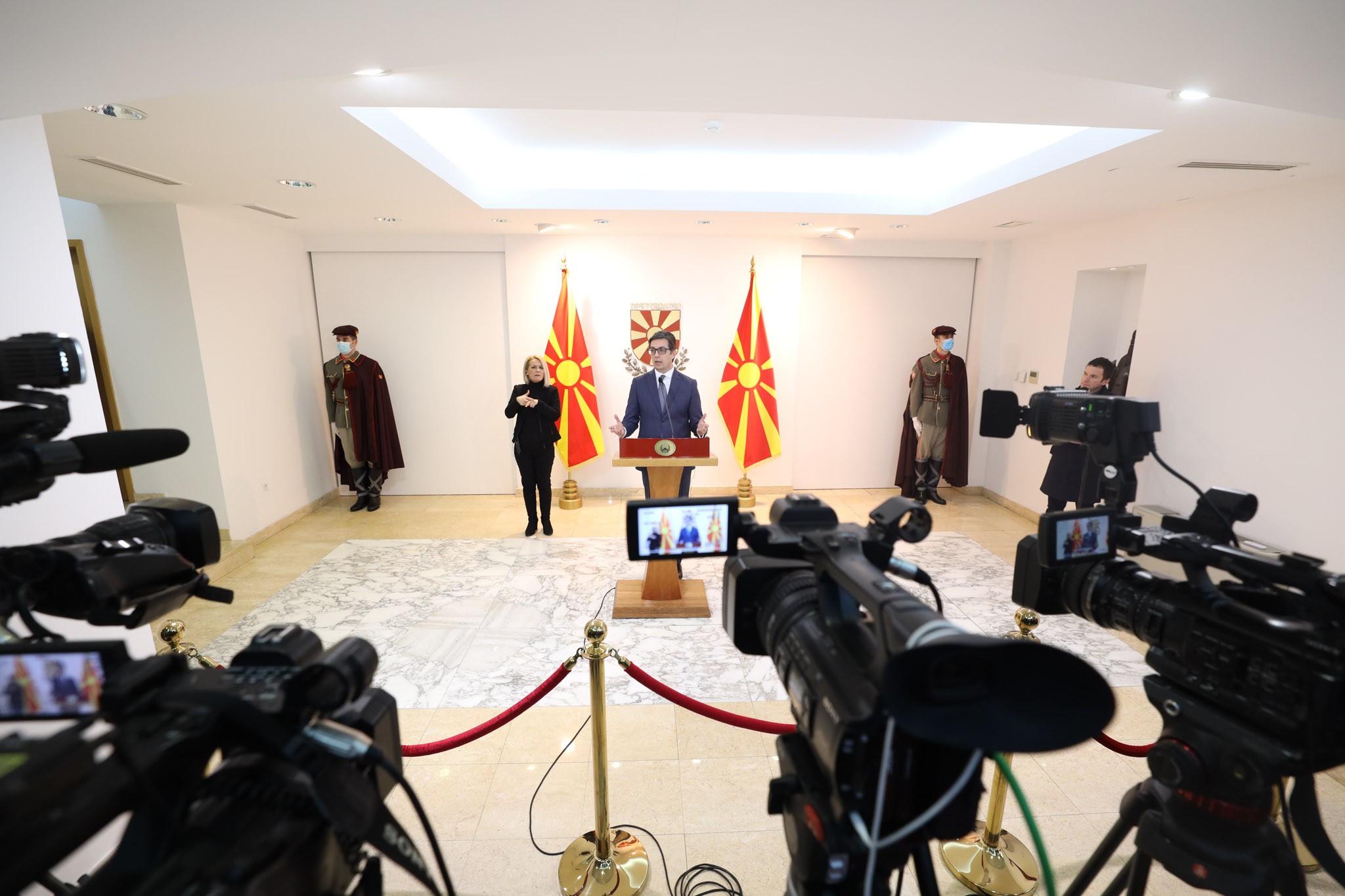 The 14th session of the Security Council was held today in the Cabinet of the President of the Republic of North Macedonia, which discussed the current political and security situation in the region and beyond.

The integral text of President Pendarovski’s statement is below.

Apart from the regular composition of the Council, at my invitation, the directors of the Intelligence and National Security Agencies, as well as the Chief of the General Staff of the Army were present.

At the session, we discussed the current political and security situation in the country, in the region and beyond in what we call the Euro-Atlantic area of ​​responsibility, given that we are a member of NATO Alliance and the following conclusions were reached:

The members of the Security Council stated that the security situation in the country is stable and so far there are no indications that could indicate that there could be a threat to the territorial integrity and sovereignty of the Republic of North Macedonia. The competent institutions regularly monitor the situation and if necessary are fully prepared to react immediately.

Regarding the situation in the Western Balkans region, the Council concluded that with the intensified diplomatic activity and the more intensive presence on the ground of the international community in the recent period, tensions have been partially reduced, above all, inBosnia and Herzegovina, where there is a possibility to re-establish dialogue as the only way to overcome problems.

Tensions in the wider region, specifically on the Ukrainian-Russian border, were also discussed at the session. Given that these are two countries bordering the so-called Euro-Atlantic area of ​​responsibility, North Macedonia as a NATO member was obliged to make, and made, all the necessary preparations, I repeat, preparations, for possible scenarios depending on how the course of events in the following period takes place in that part of the world.

We welcome the diplomatic efforts at various levels taken by key factors in the international community that give dialogue and negotiation a chance, not weapons and belligerent rhetoric. In that part of the world there are small, so far symbolic signs of de-escalation of rhetoric in the past few days, but it is still too early to predict how things will turn out, because at the moment that part of the world still remains a potentially high risk zone.