The day of All-Slavic educators Ss. Cyril and Methodius marked in Rome 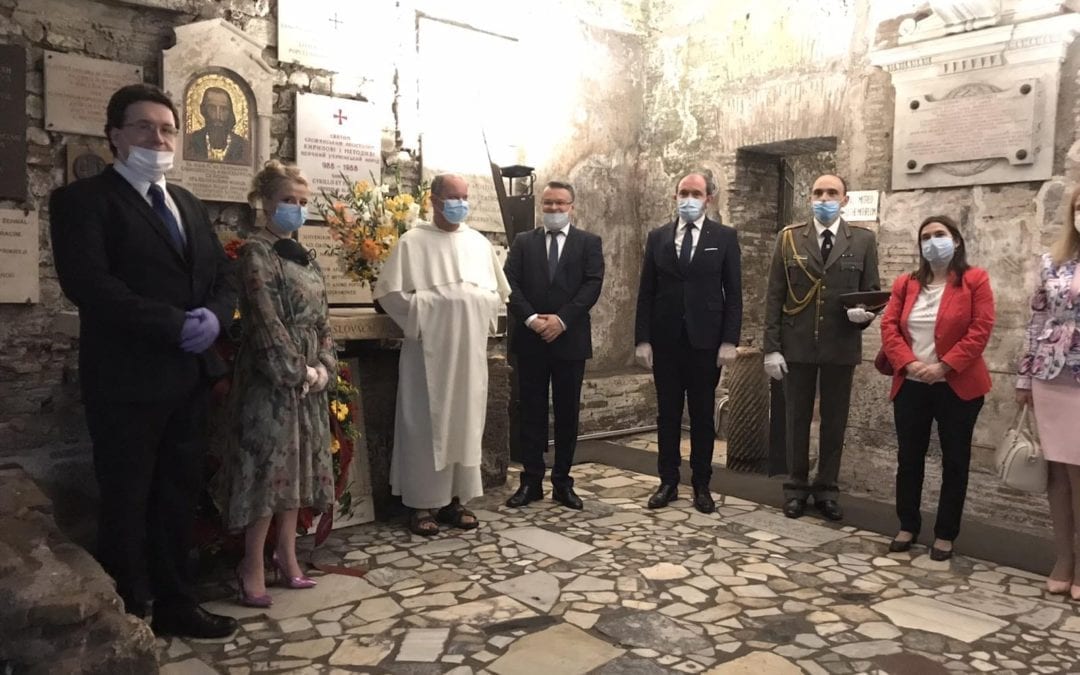 In honor of the Day of the All-Slavic Educators Ss. Cyril and Methodius, May 24, today in the Basilica of San Clemente in Rome, delegations of the Republic of North Macedonia and the Republic of Bulgaria laid flowers at the grave of St. Cyril.

The delegations were led by the ambassadors of the Republic of North Macedonia to the Holy See and the Republic of Italy, Aleksandar Spirkovski and Magdalena Dimova, as well as their Bulgarian counterparts, Ambassadors Bogdan Patashev and Todor Stojanov. Embassy staff also attended the marking, and the delegations were welcomed by Father Stephen Hutchinson, a priest at the San Clemente Basilica.

The heads of delegations gave short speeches, marking the 1151st anniversary of the death of St. Cyril in Rome, his history, the importance of the holy brothers educators for the overall Slavic literacy, but also for the history and rapprochement of the Macedonian and Bulgarian people, as well as the basis they create for building good neighborly relations in the future.

The Macedonian delegation at the grave of St. Cyril laid a wreath on behalf of the President of the Republic of North Macedonia, Stevo Pendarovski, as patron of this year’s event – the Day of St. Cyril in Rome, while all present gave an appropriate honor to the altar in the basilica, containing today a fragment of the relics of St. Cyril.

Due to the current situation with the COVID-19 pandemic, the traditional events related to the celebration of St. Cyril in Rome, are postponed for later in the year.