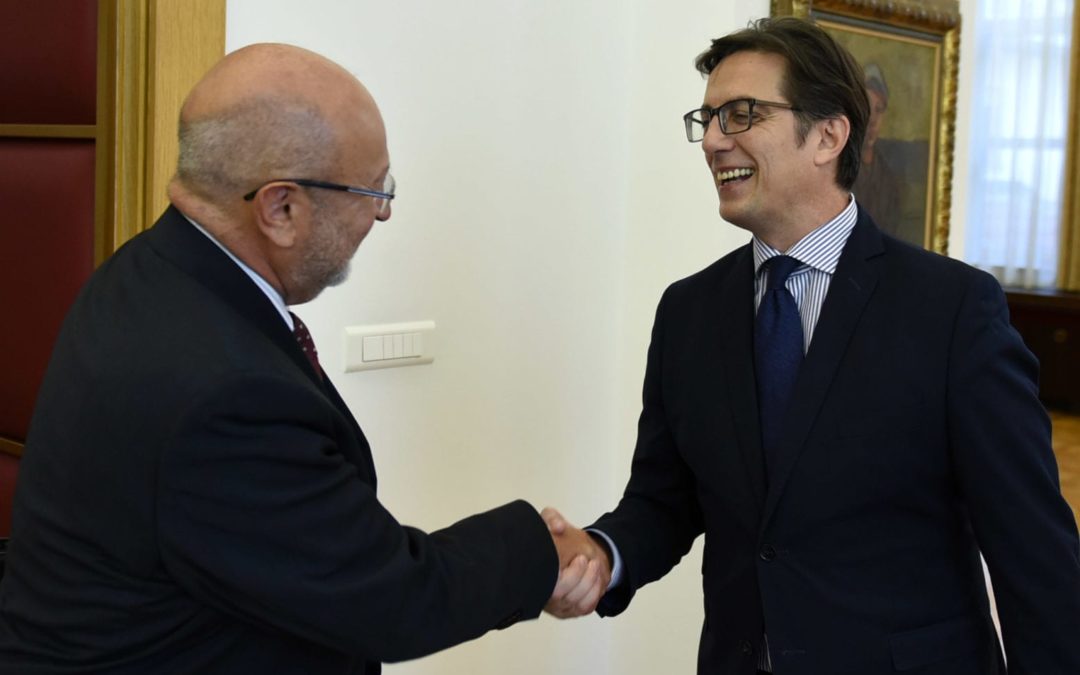 The meeting discussed the OSCE engagement and support for the promotion of the interethnic relations in the Republic of North Macedonia in the context of the country’s Euro-Atlantic integration.

The President stressed that the Republic of North Macedonia is a successful and positive example in the region with its approach to building tolerance and cooperation relations between different ethnic communities.

President Pendarovski, thanking Commissioner Zannier for the OSCE’s commitment and support in promoting inter-ethnic relations, said that in North Macedonia, the organization highly appreciates the support given by the organization in many areas of interest to the country’s progress, especially in the field of the rule of law.