The President of the Republic of North Macedonia, Stevo Pendarovski, receives the European champions, the handball players of RK Vardar 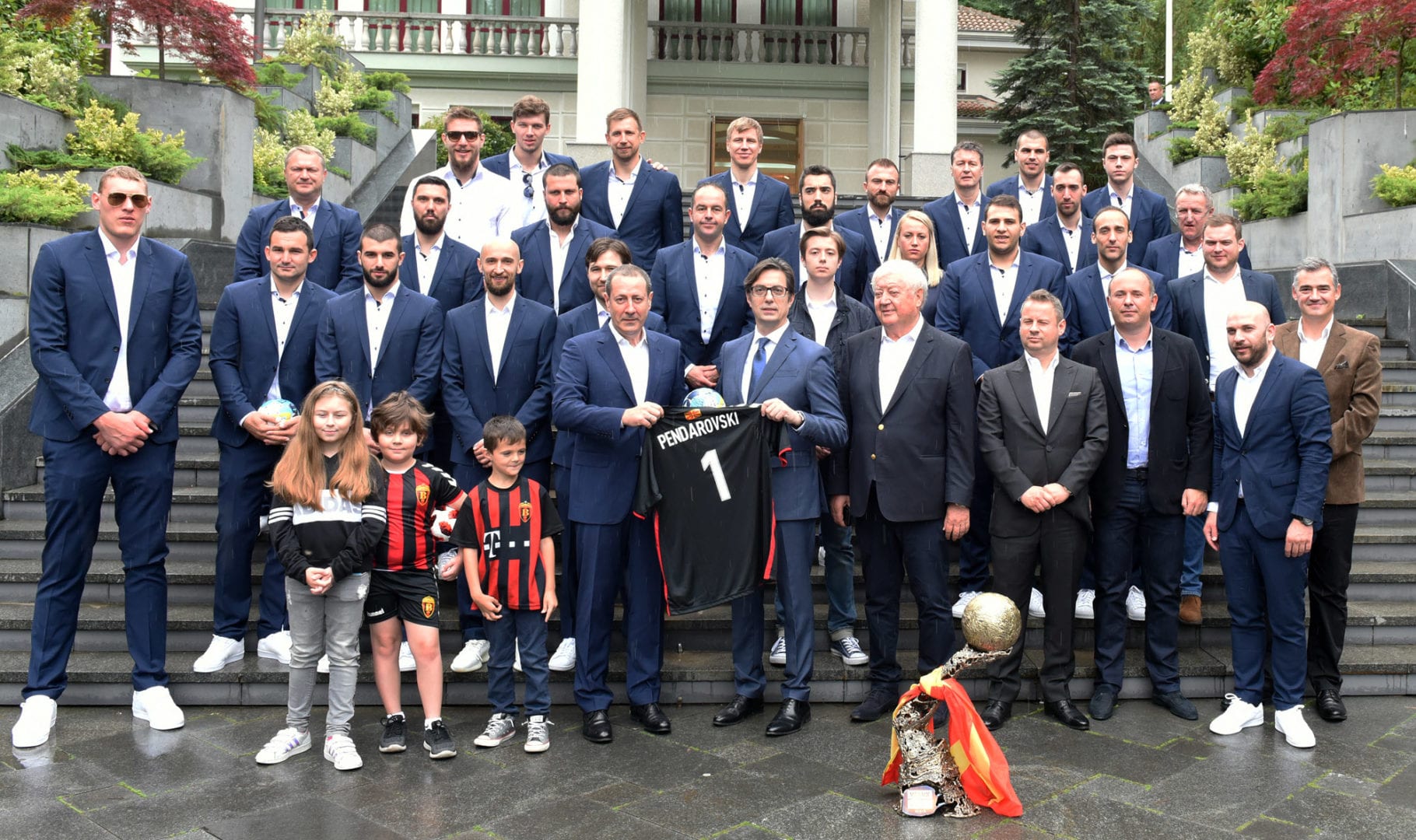 President Pendarovski expressed satisfaction with the exceptionally great success of the handball players who, as he said, made everybody proud, as individuals and as a state.

“I wish to commend you all for your behavior, each of you had an outstanding performance both on the sports field and beyond, thus you showed your great humanity. Most of you are not born here, but for many who were born here, you gave them lectures on patriotism. You showed that you are top athletes and good people; the latter has always been more important for me than the first one. Thank you for that”, President Pendarovski said.

The President congratulated the handball players for not succumbing to certain attempts to politicize and commercialize their success, on the contrary, as he said, from the beginning, to the end of the sporting endeavor, they showed that they are nobody’s property, but that they are part of the club, the city, the state and of the nation.

“This country will never forget what you did, and, when you play for other countries, for other clubs, this country will always be your home. Here, you will never be treated as foreigners, with everything you did, you showed that you are not strangers, but ours and that we are all one. All in Europe now speak not only for the club, but for the state”, President Pendarovski said.

The owner of the club Sergey Samsonenko expressed great gratitude for the beautiful words and praise. I do not feel the club like mine, this is people’s club, Samsonenko said, promising that the club will continue to strive for greater success in the future.

The handball players in the President’s Cabinet “Villa Vodno””brought the European cup and gave President Pendarovski a jersey from the club wirh number 1, and a ball with their signatures, as a memorial. The signature of President Pendarovski, on the other hand, is on the ball that he gave them, wishing them further professional and personal success.