President Pendarovski addresses a roundtable “The Road to EU and NATO: Perspectives and Challenges” organized by the Council of Ambassadors 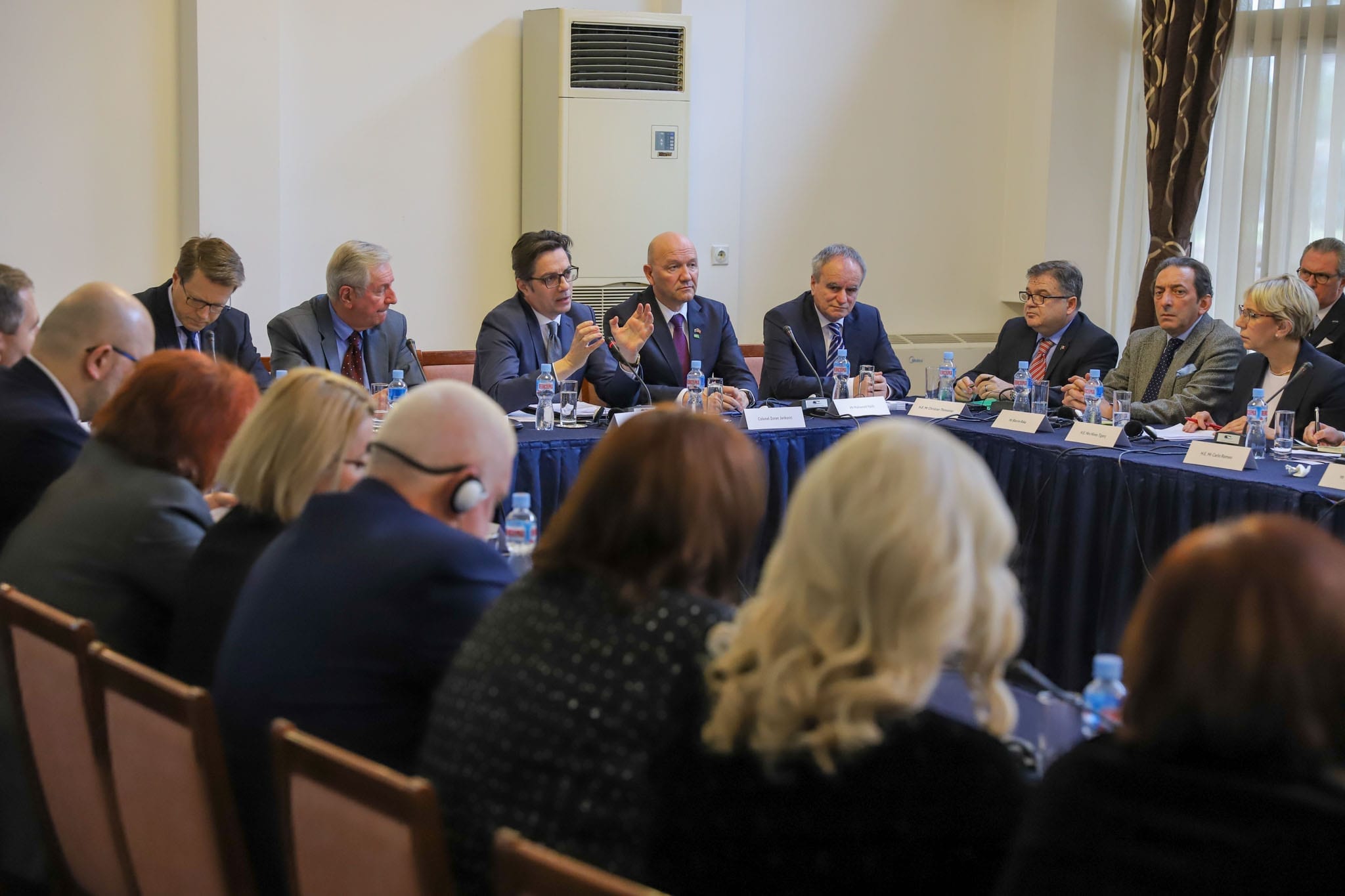 The President of the Republic of North Macedonia, Stevo Pendarovski, addressed today the roundtable titled “The Road to EU and NATO: Perspectives and Challenges”, organized by the Council of Ambassadors.

President Pendarovski in his address, through the EU ambassadors, expressed gratitude to the EU member states for keeping enlargement on the Union’s agenda and expressed expectation that North Macedonia will start accession negotiations during the Croatian Presidency and that the new methodology for conducting accession negotiations will to be adopted at the meeting of the European Council in March 2020.

The President stressed that the effects of the decision to start negotiations will have a positive impact on the political processes, the reform agenda, the results to be delivered, as well as on the overall optimism in society. Hence, the President said that for our country is important when that decision would be made.

The President expressed his expectation that the procedure in Spain for ratification of the protocol for NATO membership for North Macedonia is expected to be completed by the beginning of the elections in our country.

The President said that it is necessary for the Republic of North Macedonia to hold fair, free and democratic elections.