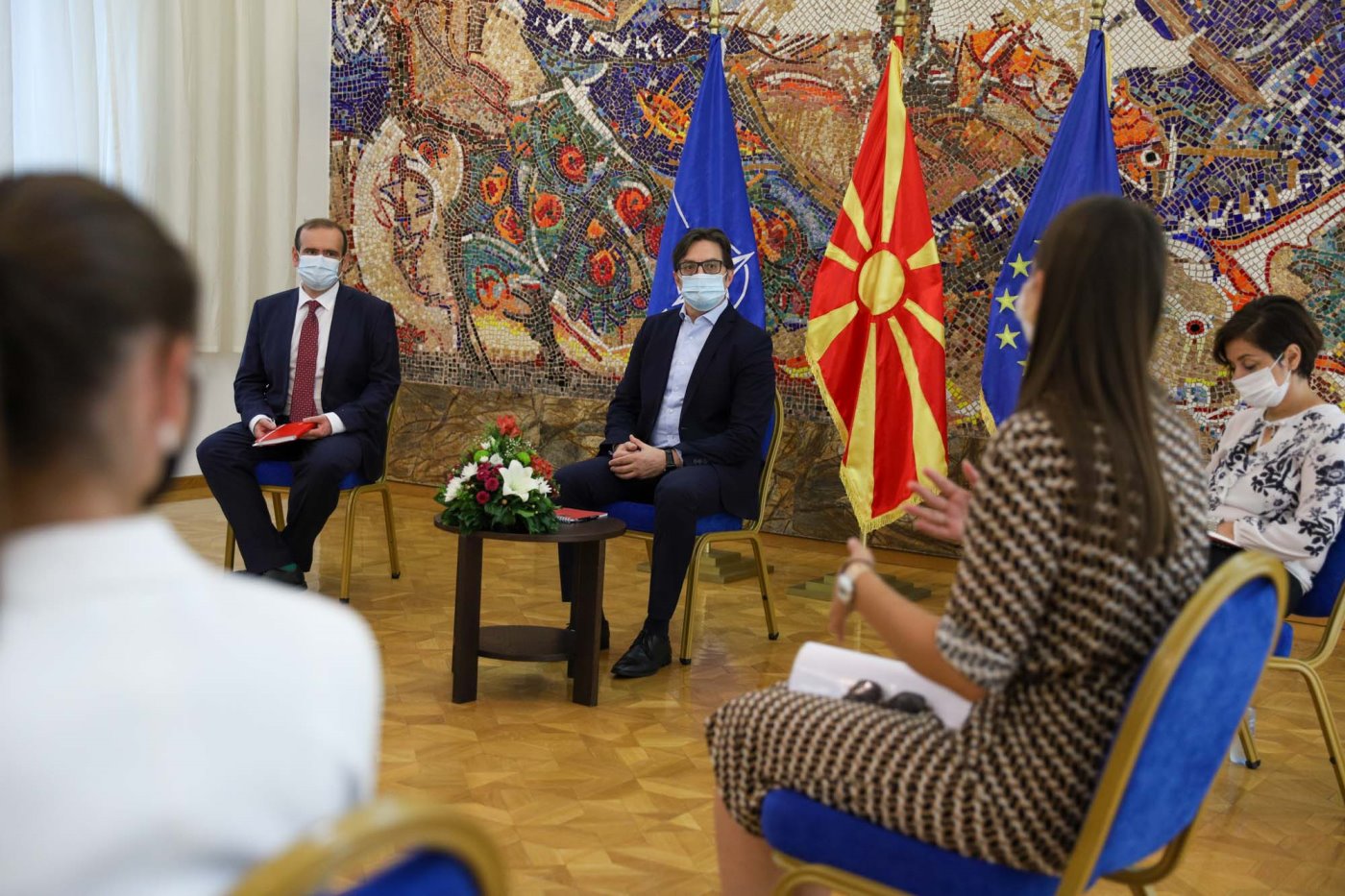 Within the “Street Law” project of the Youth Education Forum, through which young people are educated about human, civil and political freedoms and rights, democracy and the concept of rule of law, the European Union and the European integration process of our country, today, the Cabinet of the President of the Republic of North Macedonia was visited by about 20 high school students from several cities in the country.

Having in mind that the “Street Law” program is built on non-formal education principles, young people had the opportunity to get acquainted with the work and history of the Cabinet of the President, to enter some of the working premises in Villa Vodno, as well as personally meet with President Stevo Pendarovski.

In the conversation with the high school students, President Pendarovski informed them about his constitutional and foreign policy competencies, the competencies in the defense and security sectors, about his responsibilities as Commander-in-Chief of the Armed Forces, as well as about the political function of the institution President.

“The institution President should be a bridge between the different political interests in our country. My Cabinet is open to all politicians, whether in power or in opposition”, President Pendarovski said in the conversation with the young people.

“You, the younger generation, need to learn the lessons of democracy. Politicians must not be allowed to have a peaceful mandate”, President Pendarovski concluded.

For their part, the high school students, in the talk with President Pendarovski, stressed that the goal of the “Street Law” project is to create a link between the concept of democracy, human rights and the legal system and their impact on everyday life.

The Cabinet of the President of the Republic of North Macedonia and Villa Vodno remain open for all citizens, i.e. for anyone who has the desire and interest to see the working premises of the Villa, the halls where festivities, events, press conferences and meetings are organized.