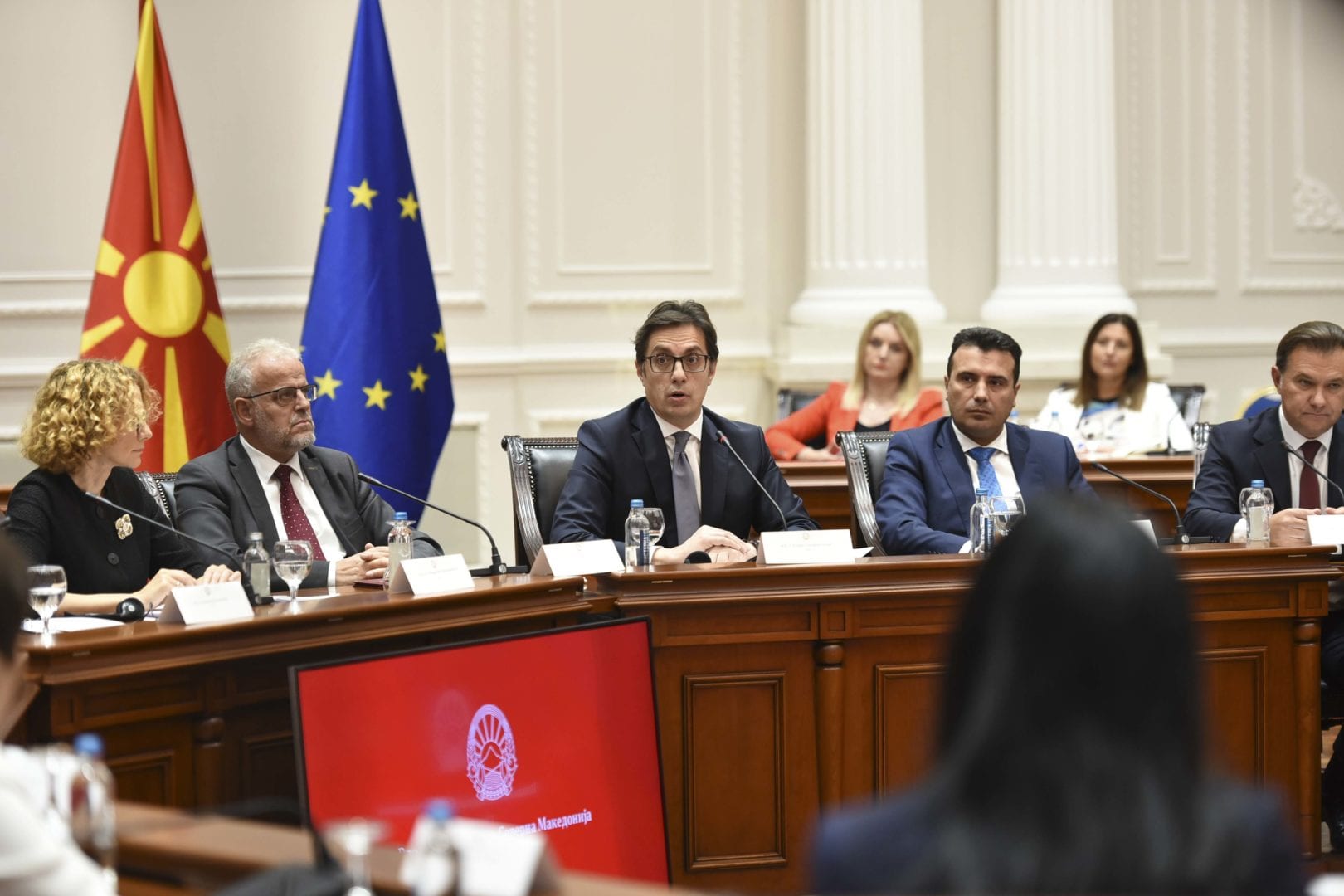 President Pendarovski stressed that the action plan to combat disinformation would only be successful if all actors jointly pursue the same goal.

Thank you for the invitation and for the opportunity to address today’s event that marks the beginning of the work of the Action Group for Coordination of State Institutions for Combating Disinformation, initiated by the Government of the Republic of North Macedonia.

Through this process, we are joining initiatives that are already being implemented in a dozen of the world’s most developed countries, thus taking responsibility for strengthening their internal democracy, but also global democracy.

Such initiatives are taken not only by governments and state institutions, but also by major media outlets, technology giants and civil society organizations, aware that combating disinformation fosters media literacy and safe use of the Internet, but also aware that, above all, it means taking serious social responsibility for our shared future.

Thanks to digitization and technological development, we are living in an age when thousands of news stories are available at a single click and we can track events in the most remote places on the planet in real time.

However, as consumers of the enormous amount of fast-paced media information, we often fail to distinguish whether what we read is news that follows journalistic standards and whether it is fact-based information that serves the public interest or it is a product of propaganda aimed at misinforming the public.

From news related to entertainment, medicine, scientific inventions, to the impact of electoral processes, disinformation appears on any channel of communication and immediately becomes relevant in conversations in our families, at work, in schools, but mostly in the virtual world of social networks.

In recent years, we have seen the potential of fake news to influence major political and civic processes both here and in the world. Fake news is slowly but surely becoming one of the priority threats to the national security of many states due to the capacity to distort the truth and undermine the values ​​of democracy as a political system.

Combating disinformation campaigns and fake news will not happen overnight and only by adopting action plans and forming a working group. It is a process that requires constant efforts and cooperation from all state institutions, the media, the civic sector, and the education system, in order to contribute together for change for the better. In this regard, I support this and any other initiative that will bring state institutions and the media to one table as the fight against fake news cannot be won without the involvement of the media community. The media is the backbone of a democracy. A society without strong media and quality media products is a society in which democracy cannot flourish.

To be more precise and expand the concept we are talking about today – this action plan for combating disinformation will only succeed if all actors are united in achieving the same goal, when I say all, I refer to the political entities, state institutions, the media, journalist guild associations, civil society, academic institutions, and all citizens who need to be involved in an open process by submitting initiatives before finalizing the document.

My Cabinet and I personally are open to collaborate with all institutions and individuals from our country and from abroad who want to define best practices through joint efforts in order to contribute to reducing the spread of disinformation and thus the attacks on democracy. I am convinced that the added value of this initiative is that in dealing with disinformation we will share experiences with our strategic allies and learn from each other.

To conclude, we need to respond to disinformation with greater transparency. Integrity institutions communicate with the public with timely, clear and accurate information and help create an environment in which the educational process invests in new generations of young people with developed analytical skills, and the media help the public to form critical awareness. It is the only path that leads to an open society that thinks about its future. Media literacy and combating disinformation are a great investment in the development of a society of free citizens which I believe is our common and ultimate goal.