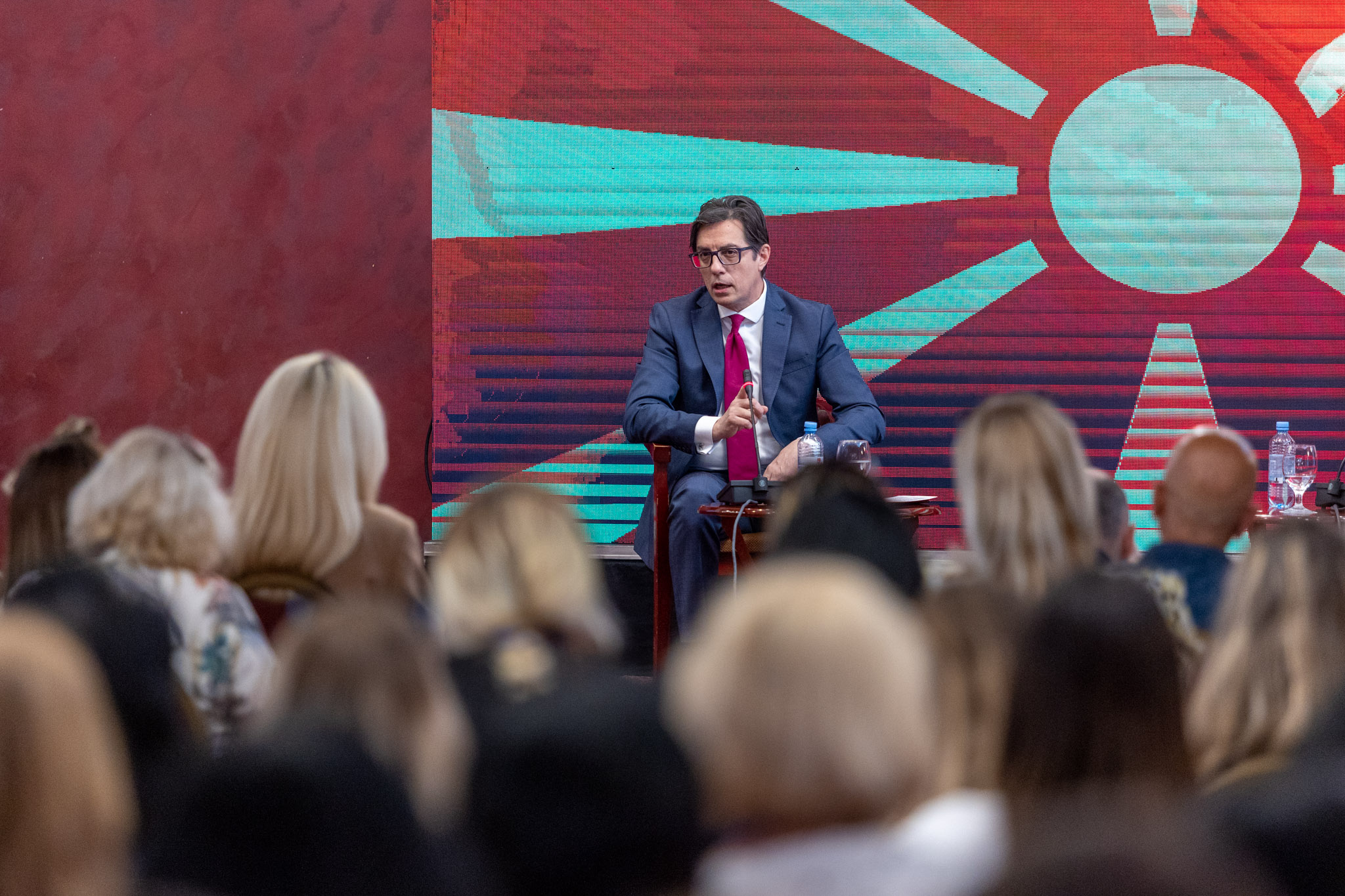 I was pleased to accept the invitation of the Institute for European Politics to address this debate dedicated to reforms in the electoral process.

Electoral reforms are an extremely important issue that defines the democratic development and environment in virtually every country in the world. In that sense, our national experience in the last three decades of plural elections is different. The multi-party parliamentary elections of 1990 were our first democratic experience. Many have forgotten, let’s remember the statistics. 18 parties and 43 independent candidates participated in the elections, and 11 parties and three independent MPs were elected. Older people will remember that it was then that we heard different opinions, attitudes and proposals that came from different party-political platforms in the Parliament for the first time, which was certainly an added value to our parliamentary democracy. However, regardless of all the political and ideological differences between them, the MPs from that parliamentary composition succeeded in the overwhelming majority to unite around strategic state interests, for example around the referendum on Macedonian independence, the first Constitution of an independent state, systemic laws, monetary independence and Euro-Atlantic orientation of the state.

Unfortunately, over the years and with the modification of electoral models, starting with majority, then through a combined one in 1998, to a purely proportional system with six electoral units since 2002,  let us be realistic, plurality decreased both in terms of numbers and content. The smaller parties either merged into two or three large pre-election coalitions or, together with the independent candidates, disappeared from the Macedonian political scene because they could not even reach the so-called natural selection threshold. A question that requires serious political analysis is whether greater plurality in the early 1990s meant less political polarization between political entities and citizens, and vice versa, but the initial impression is exactly that.

Critics of our current electoral model point out that its negative effects are an increased centralization of power in political parties that narrows the margin for internal party democracy and, consequently, it means less responsibility for the leadership, as well as the development of political clientelism between members and voters of a specific political entity . Although it is clear that such a democratic deficit cannot be the result of an electoral model alone, its specifics have an impact on the persistence of these negative phenomena in our socio-political context.

My position for years is that, in the long run, the Republic of North Macedonia will be a more democratic state if more political entities become part of a more diversified parliament. This will mean that more citizens will be represented through their representatives in the legislature, and ultimately this will contribute not only to the increased responsibility of the parties to the voters, but also to the return of citizens’ trust in the institutions.

Already at the beginning of my mandate, I supported the initiative of several political entities for the reform of the current electoral model. In general, my support was for the creation of a proportional electoral model with open lists, (I emphasize this on purpose), as well as reducing the number of electoral units on the entire territory of the country. On that occasion, I called on the political parties from the government and from the opposition to consider the possibility of electoral reform and, with political consensus, reach an agreement on a proportional electoral model with open lists, whereby citizens would have the opportunity not only to choose from political parties, but to also choose candidates, that is, persons. Otherwise, in my opinion, this extremely important issue for the further democratization of the country – the open lists of candidates for deputies – in all previous debates on this topic, has been unfairly relegated to the background in relation to the issue of the number of electoral units.

Personally, I think that the reduction of the number of electoral units with a non-existent or minimal electoral threshold, as well as open lists, will have the potential to first enrich the parliamentary debate and also contribute to the reduction of divisions between citizens. I also believe that it will contribute to increasing the democratic political culture and incite a greater engagement of citizens in the political process, from which, unfortunately, they are increasingly abstaining as years go by. After all, one of the characteristics of every free and democratic society is precisely the ability to deal with the differences and disagreements that naturally exist between us constructively and through the institutions. And the key institution for such debates is the highest house of democracy – the Assembly of the Republic of North Macedonia.

In the end, allow me to make another appeal to all participants of todays and all future debates on this topic, and especially to those who will decide on changes in the electoral model in the future. Namely, when considering the possible options, they should be guided, above all, by the public interest and a better future for all our citizens, and less by political party or personal interests. Because in mature democracies, no one is in power forever.