Economic integration in support of the European perspective of the Balkans 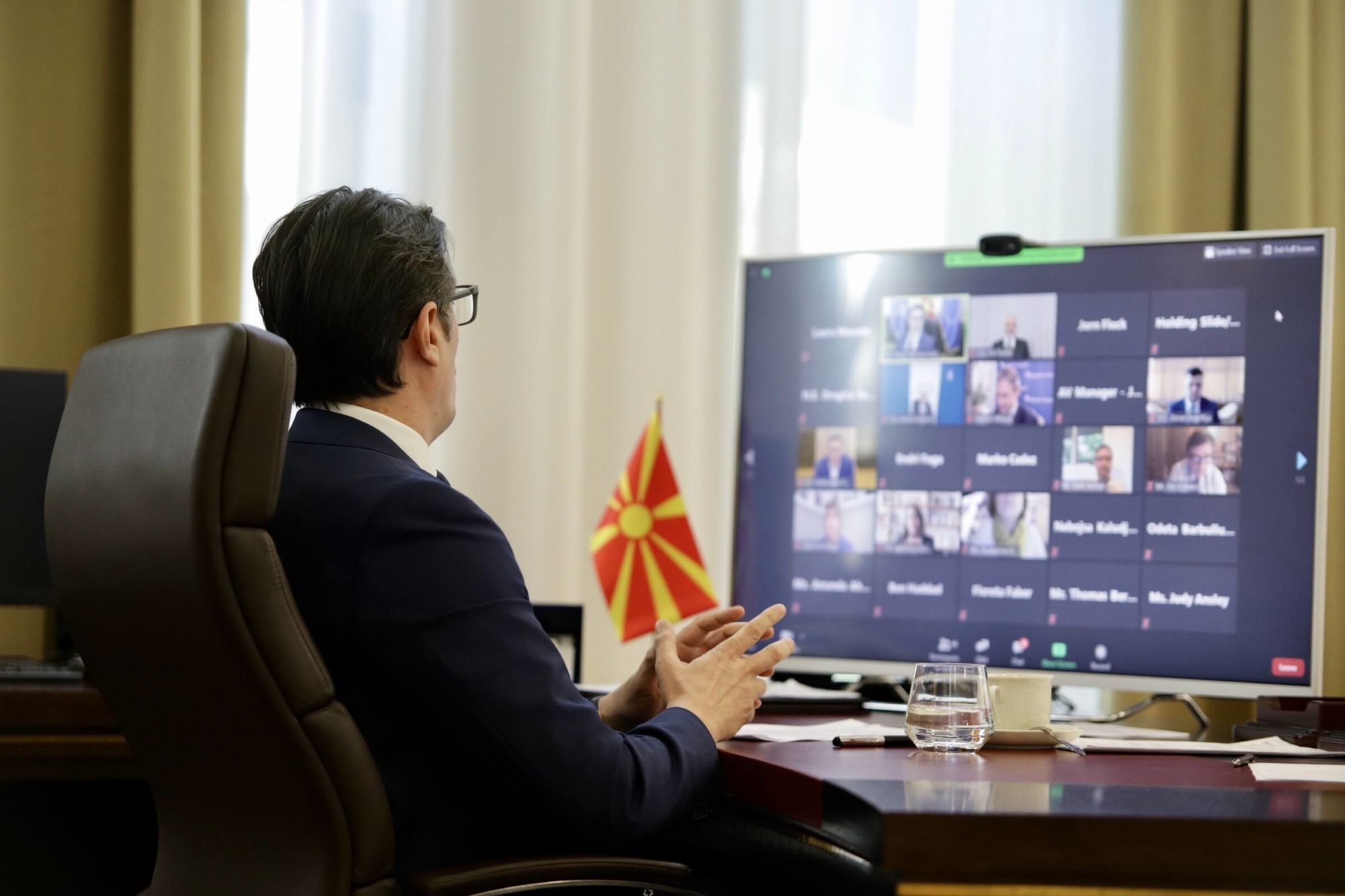 Intense economic cooperation, regional package of measures for socio-economic recovery from the COVID-19 pandemic are among the conclusions of the discussion of the leaders and participants from six countries in the region at today’s virtual Summit, organized by the Atlantic Council of the United States, dedicated to the economic integration of the Western Balkans.

The participants agreed that the enhanced economic cooperation, free movement of people, goods and services will contribute to faster socio-economic recovery of the region, increase its competitiveness and will be more attractive for foreign investors. Among the conclusions of the Summit are the commitments made to remove administrative barriers to the free movement of goods and services, investment in infrastructure and investment projects that will quickly and efficiently implement steps to recover the region.

In his address, President Pendarovski stressed that North Macedonia fully supports the proposals for regional cooperation and in that regard pointed out that the economic agenda should have priority over political or security issues, which have long been discussed in the region. He added that the new initiatives need to be complementary to the existing ones and be closely linked to the institutional framework for cooperation in the European Union. The President also stressed that we must not allow the European integration to remain distant, because a situation where there is no progress on the European path is not favorable for the development of the Balkans.

The President added that economic initiatives are very important because they can help deal with the mass migration of people from the Balkans. Regional cooperation can significantly contribute to improving the economic parameters of the countries, to make it easier to cope with migration.

The virtual Summit was attended by other senior officials from the six Western Balkan countries, including the President of Serbia, Aleksandar Vucic, the Albanian Prime Minister Edi Rama, the Kosovo Prime Minister Abdullah Hoti, the President of the Council of Ministers of Bosnia and Herzegovina, Zoran Tegeltija, and the Montenegrin Minister of Economy, Dragica Sekulic.