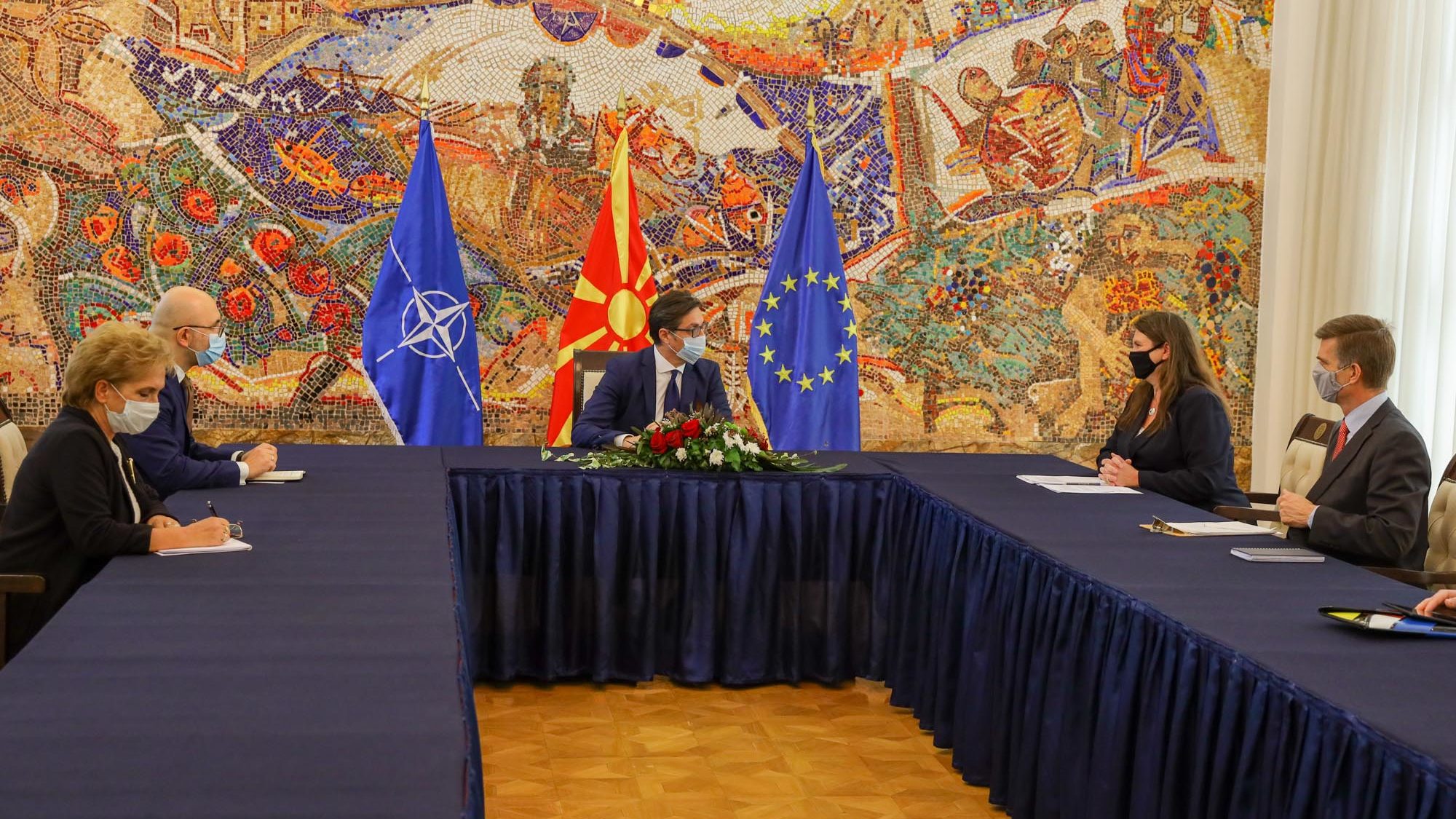 President Stevo Pendarovski received today in a farewell meeting the Ambassador of Canada, based in Belgrade, Kathleen Csaba.

At the meeting, opinions were exchanged on the development of the overall bilateral relations between the two countries, which mark an upward development trend and mutual interest was confirmed in promoting the cooperation in several areas, especially in the economic, as well as in further continuation of the successful multilateral cooperation.

President Pendarovski, expressing satisfaction with the traditionally good relations between the two countries, based on common values, thanked for the continued Canadian partnership cooperation on our Euro-Atlantic path. “The support from Canada is of great importance to us and I expect from our Canadian friends and partners increased assistance in the coming period”, President Pendarovski said at the meeting.

Ambassador Csaba, praising the foreign policy activities that our country has undertaken in the past period, expressed satisfaction that North Macedonia in March this year became a full-fledged member of the NATO Alliance and conveyed the Canadian support in the process of accession to the European Union.

The meeting also discussed the activities related to the Covid-19 pandemic, emphasizing the need for increased cooperation and solidarity between the countries in response to the health and socio-economic challenges posed by this global problem.