Meeting of President Pendarovski with the Head of the OSCE Mission to Skopje, Clemens Koja The President of the Republic of North Macedonia, Stevo Pendarovski, received today the Head of the OSCE Mission to Skopje, Ambassador Clemens Koja.

The meeting exchanged views on the overall situation in the Republic of North Macedonia, as well as the role of the OSCE and the support it gives to the country. President Pendarovski stressed that the Republic of North Macedonia highly appreciates the support that the organization provides for the reforms in various areas in the context of the country’s European integration.

President Pendarovski said that the Republic of North Macedonia is fully committed to the reform agenda and expects further successful cooperation with the OSCE in the implementation of the activities in several areas of interest to the country’s progress, especially in the area of the ​​rule of law.

President Pendarovski underlined the role and contribution of the OSCE/ODIHR mission in the electoral processes in the past years, including the last presidential elections. He assessed that with the well-conducted presidential elections, the state institutions showed maturity and enabled the election process to be conducted in accordance with the European standards.

Ambassador Koja congratulated President Pendarovski on the occasion of his assuming of office and pointed to the OSCE’s future preparedness to cooperate with the institutions in the Republic of North Macedonia. 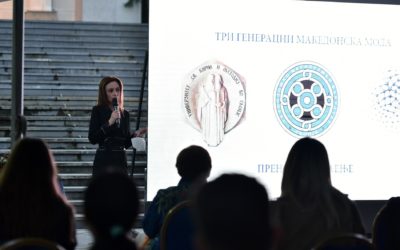