Meeting of President Pendarovski with the Minister of Foreign Affairs of the Hellenic Republic, Nikos Dendias 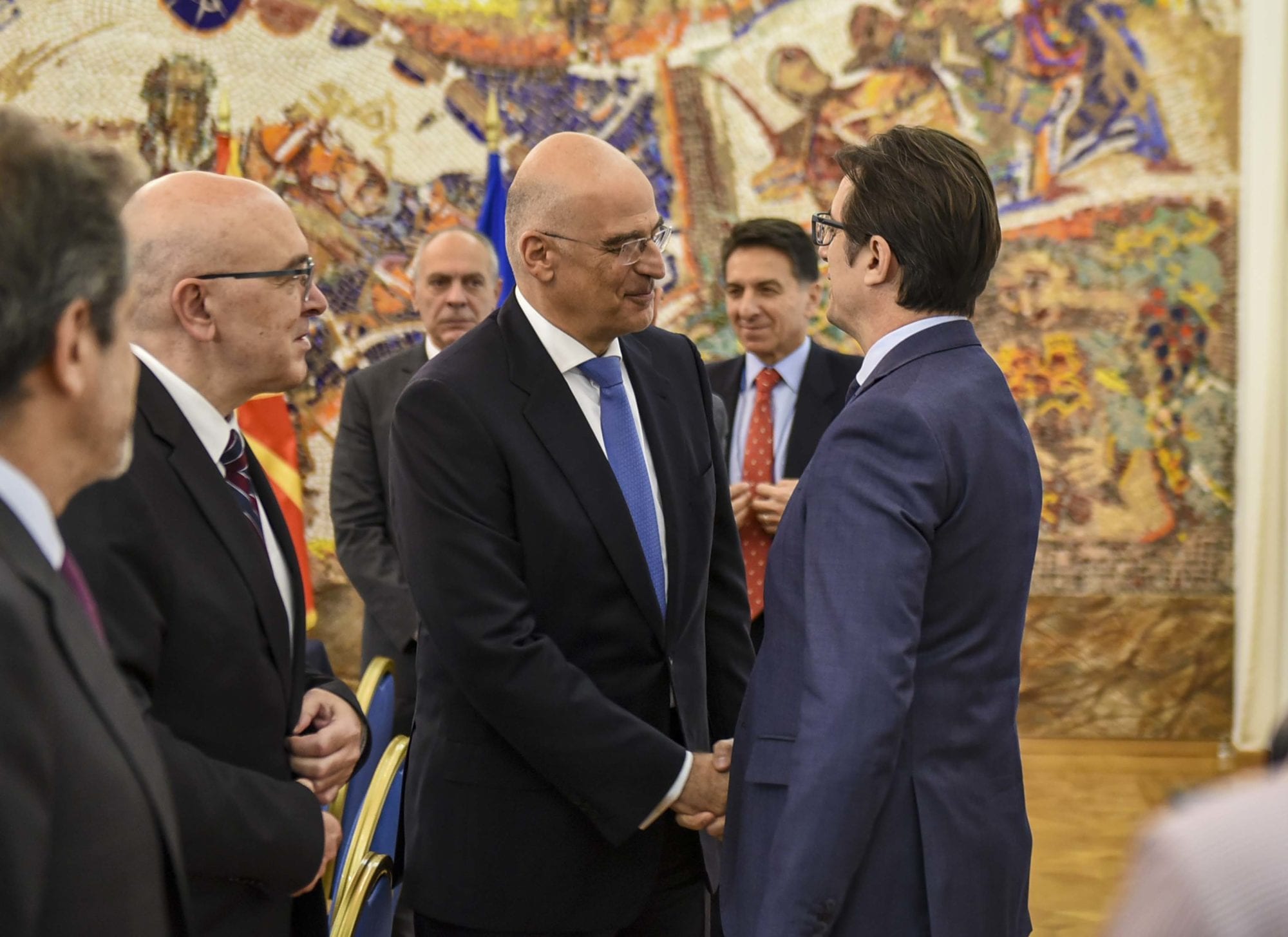 At the meeting, views on the overall bilateral relations between North Macedonia and Greece were exchanged, on the European and Euro-Atlantic perspectives of North Macedonia, as well as on the developments in the region.

President Pendarovski stressed that North Macedonia is strongly committed to developing partnership relations with Greece, based on friendship and the common interest of both countries’ citizens for a prosperous region. In this context, President Pendarovski said that Prespa Agreement is a step that demonstrates commitment to developing good neighborly relations and cooperation.