President Pendarovski receives the participants of the Third NATO Academy 2022 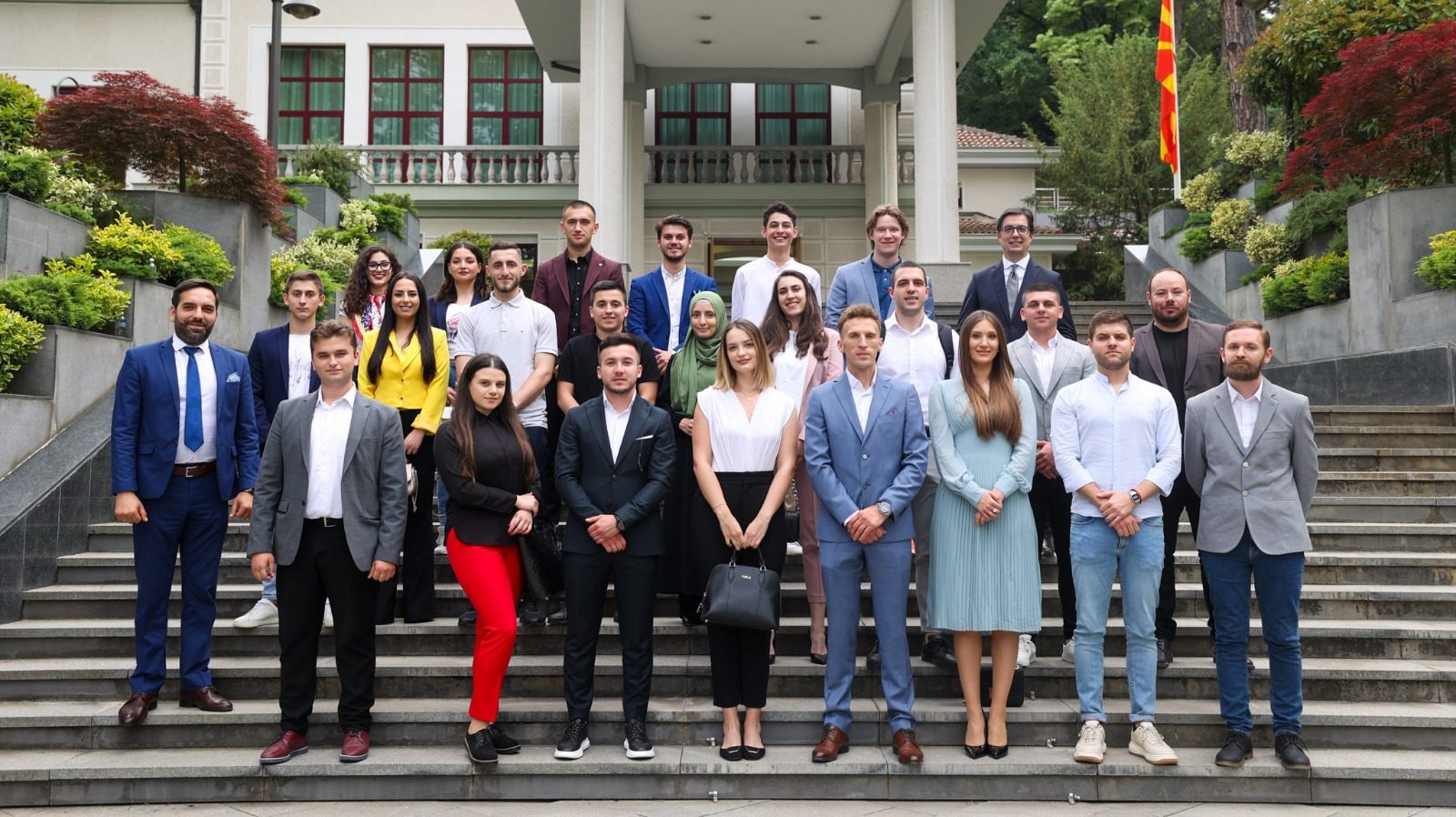 President Stevo Pendarovski received today the participants of the Third NATO Academy 2022: Stable Partnerships in Uncertain Times – North Macedonia in NATO, which is organized by the Euro-Atlantic Council of North Macedonia.

President Pendarovski introduced the participants of the Academy with his competencies, and the meeting also discussed defense, security and foreign policy in the context of our European integration. The President referred to the Russian invasion of Ukraine and the security of the Euro-Atlantic region, reaffirming the support of the Republic of North Macedonia for Ukraine.

According to President Pendarovski, the NATO alliance enables us to exchange information and communications on modern security threats, as well as to respond in a timely manner and prepare for dealing with security challenges.

The participants of the Third NATO Academy 2022, during the visit to the Cabinet, toured the premises where official and working meetings are held, as well as the halls for ceremonies, meetings, events and press conferences. The employees were also introduced to the history of the building in which the Cabinet is located, as well as the manner of its functioning.

The Third NATO Academy 2022: Stable Partnerships in Uncertain Times – North Macedonia in NATO was officially opened with a study visit to the President’s Office. The main goal of the Third NATO Academy is to strengthen reforms and the legal framework in the field of security and defense in the long run through education, as well as to create a platform for debate and discussion.