Participation of President Pendarovski at the Webinar on “The Geopolitical Confluences in the Western Balkans in the midst of the Corona Virus Crisis; the Euro-Atlantic Perspective” 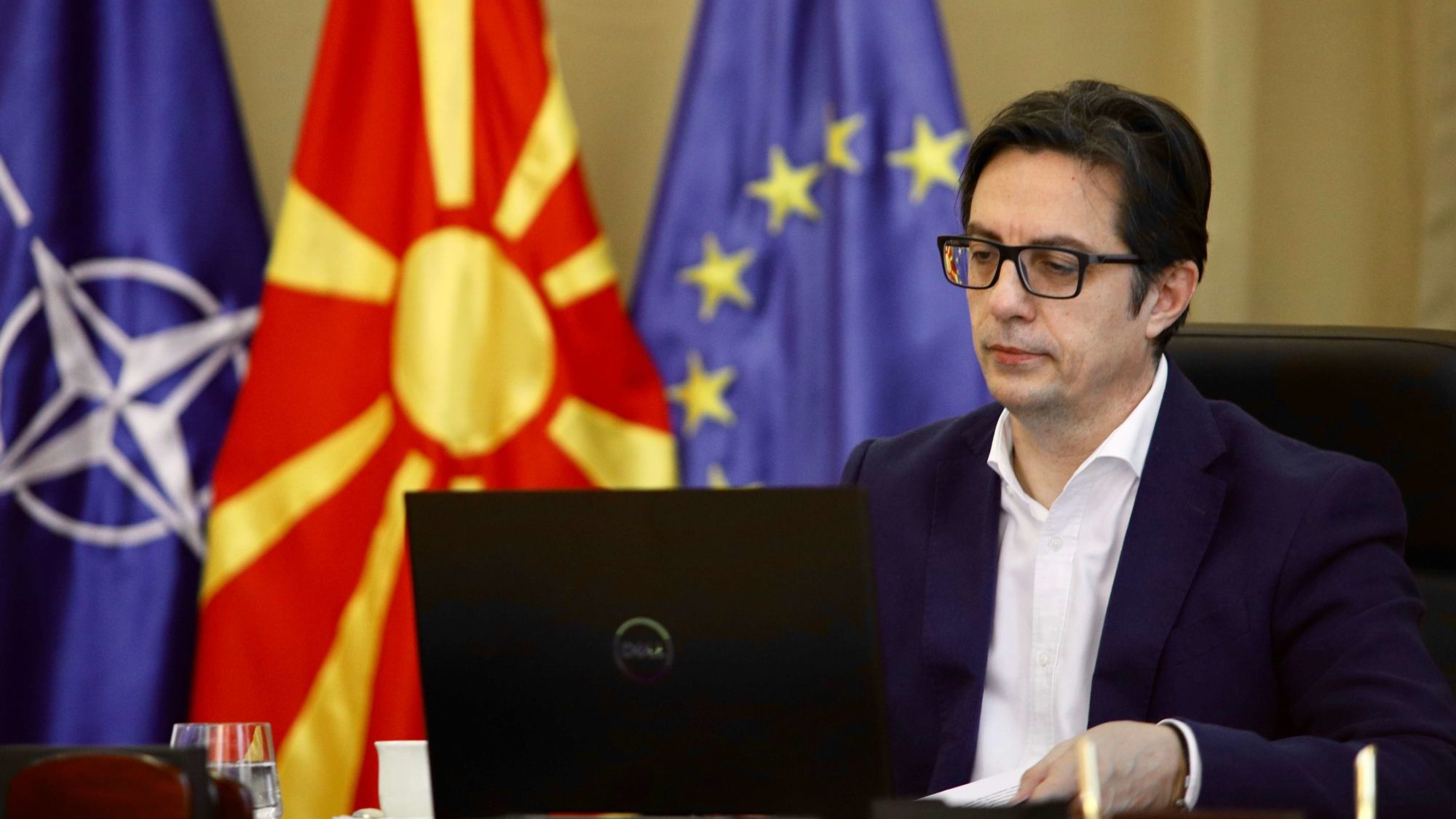 President Stevo Pendarovski participated and addressed today the webinar on “The Geopolitical Confluences in the Western Balkans in the midst of the Corona Virus Crisis; the Euro-Atlantic Perspective”, organized by the North Macedonia Marshall Center Alumni Associations, in partnership with the Garmisch Marshall Center and the NATO Public Diplomacy Division.

President Pendarovski said the Covid-19 pandemic had fundamentally changed the world and has a huge negative effect. He also pointed out the pressure on our health system, which he said was also huge, but fortunately we did not reach the upper limits of its capacity and managed to avoid the collapse of the national system.

The President referred to the disinformation and hybrid campaigns related to Covid-19 and their exploitation and abuse. In the “ocean of negative news”, President Pendarovski reminded, the good news was that we became a member of NATO in March, which is undoubtedly a key strategic step forward that North Macedonia has made in its entire post-communist history.

“It has allowed us to use NATO coordination mechanisms and official bilateral relations with other member states to better prepare for the disinformation campaign that became intensified as we entered the pre-election period”, the President said.

Speaking about the challenges facing the region, as well as the EU in the context of the Corona virus crisis, he said that the region needs to have a European perspective. President Pendarovski expressed the expectation that progress will be made in the EU accession process this autumn. According to the announcements, these days, we should have a new Government which, the President added, I expect to fully implement the EU agenda in the key areas.

“The basic precondition for success is to gather the most skilled people, regardless of their political or ethnic affiliation. I expect to see people with strong pro-European and democratic capacities, with clean anti-corruption records”, President Pendarovski said.

He assessed that the lack of EU perspective always encourages alternative political agendas and that we have seen many such examples during the pandemic.