Meeting with the Prime Minister of the Kingdom of Spain, Pedro Sánchez Pérez-Castejon 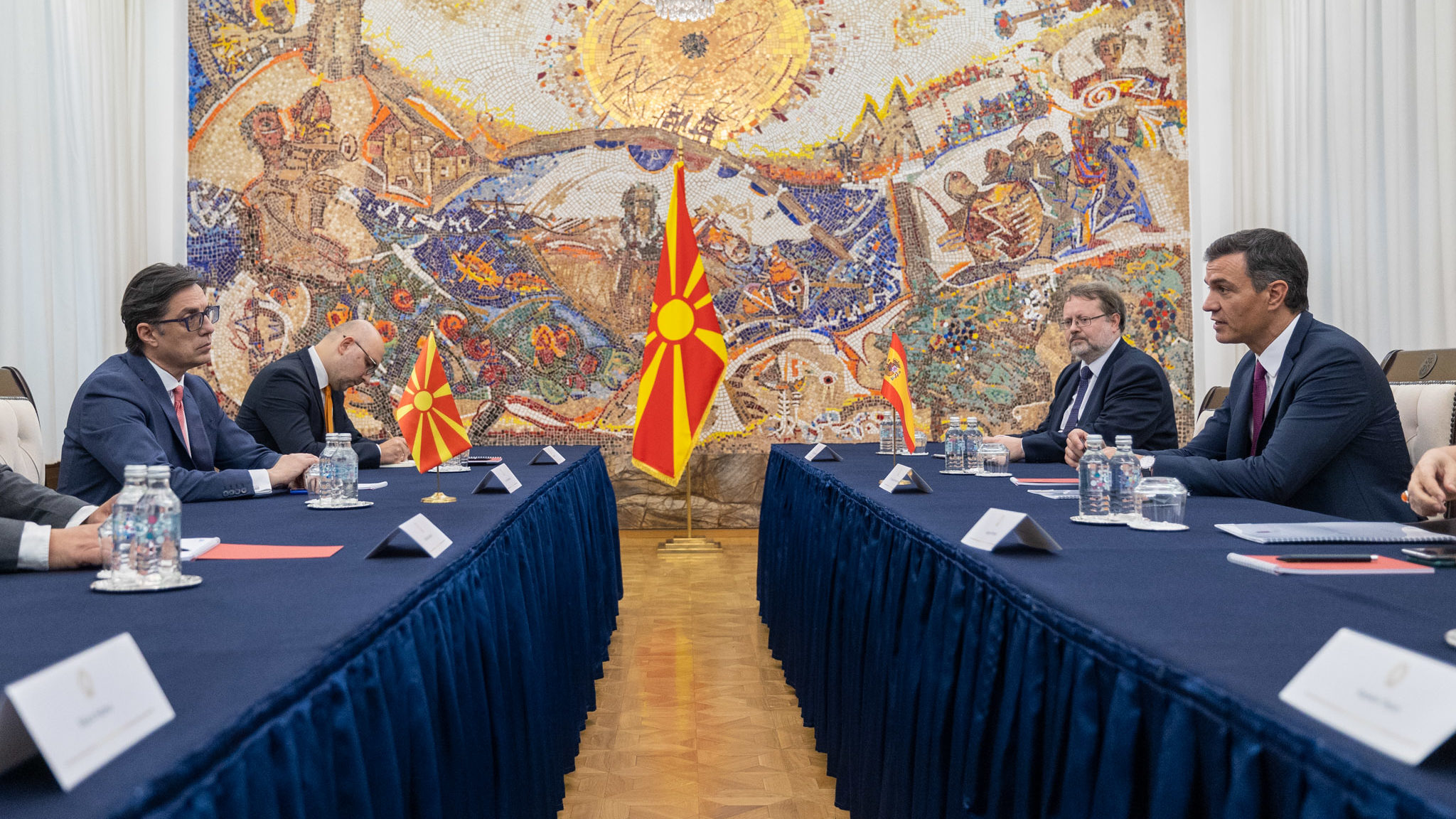 Today, President Stevo Pendarovski received the Prime Minister of the Kingdom of Spain, Pedro Sanchez Perez-Castejon, who is on an official visit to the Republic of North Macedonia.

Welcoming the first ever visit of a Spanish Prime Minister to our country, President Pendarovski emphasized that over the years Spain has proven to be an important partner of North Macedonia at the bilateral and multilateral level and a principled supporter of our aspirations for membership in the European Union. At the same time, President Pendarovski expressed satisfaction with the dynamics of political contacts in the last few years, noting that they significantly contribute to the improvement of relations between the two countries. On that occasion, President Pendarovski emphasized the interest in further expansion of economic cooperation, trade exchange and investment cooperation in the coming period.

Regarding the European Union’s decision to start accession negotiations with North Macedonia and Albania, President Pendarovski assessed that the opening of negotiations is of great importance not only for the reform efforts in both countries, but also has an impact on the current geopolitical and security circumstances in the region and on the European continent. In that context, President Pendarovski emphasized that North Macedonia remains a constructive partner of the European Union in responding to the challenges caused by the military aggression against Ukraine.

At the meeting, it was pointed out that the upcoming presidency of North Macedonia with the OSCE in 2023 and the presidency of Spain with the European Union in the second half of 2023 are a good opportunity for mutual coordination in terms of activities and priorities.

During the conversation, the interlocutors also exchanged opinions regarding the current developments in the region of the Western Balkans.