Presentation of gender perspective in defense before President Pendarovski 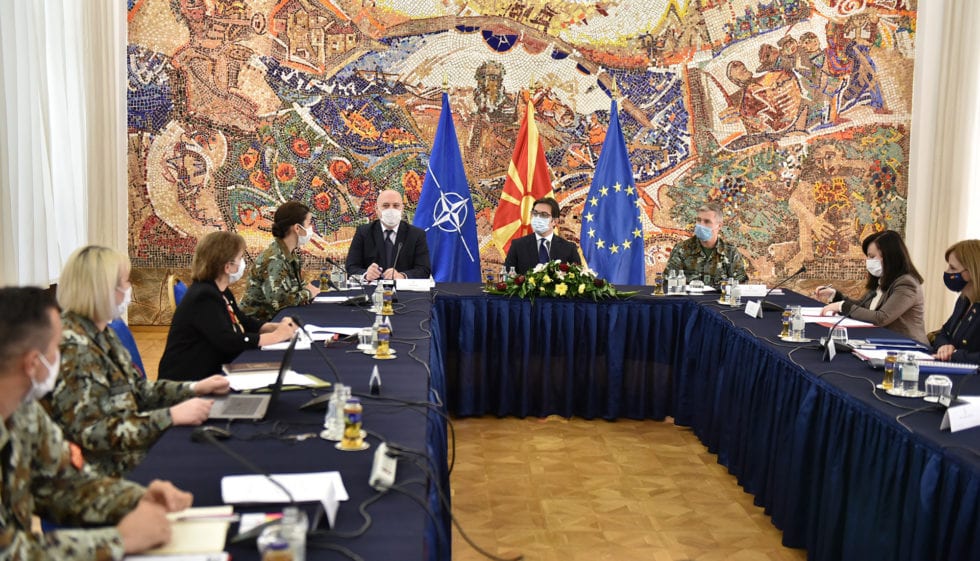 The President of the Republic of North Macedonia, Stevo Pendarovski, was informed today of the improvement of the gender perspective in the Ministry of Defense and the Army, the gender structure, the National Action Plan and the policies for equal opportunities.

It was pointed out at the presentation that the Ministry of Defense and the Army are working on systemic solutions to improve gender equality and promote workers’ rights.

Representatives of the working group for improving the gender perspective in defense informed the President that the full normative regulation and implementation of the gender perspective in defense is in line with NATO’s policies on the agenda of women and security. The Law on Service in the Army and the Law on Defense introduce gender components, as well as gender structure in the Ministry and the Army, contributing to increasing gender sensitivity.

President Pendarovski stressed that equal opportunities and inclusive gender policies are responsibility of all political actors in society, as well as of the overall governing structure of the Ministry of Defense and the Army. In that direction, it is necessary to consistently implement the positive legal regulations, as well as fulfill the obligations as a NATO member in whose army men and women are part of the military and civilian structures, as well as part of the international operations and exercises.

The President added that as a reflection of the support for equal opportunity policies, the President’s Office has for the first time appointed a lady adjutant, as well as an advisor on gender policy issues and equal opportunities.

President Pendarovski also stressed that in addition to the progress made, as a society we need to take further major steps towards greater gender equality and inclusive gender policies in various sectors. 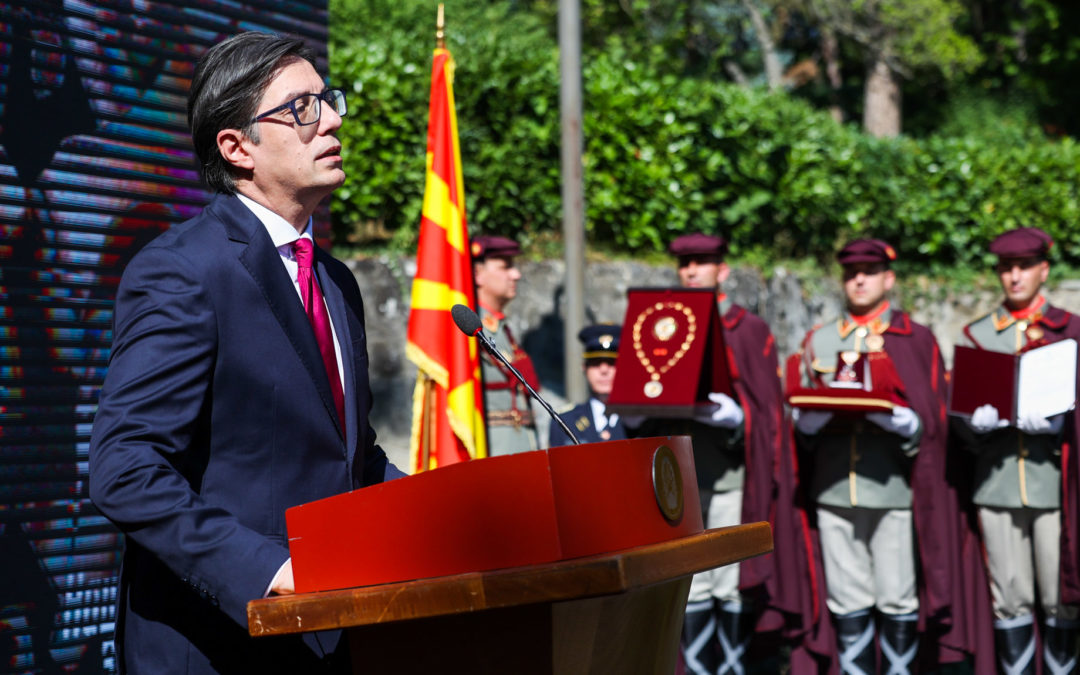