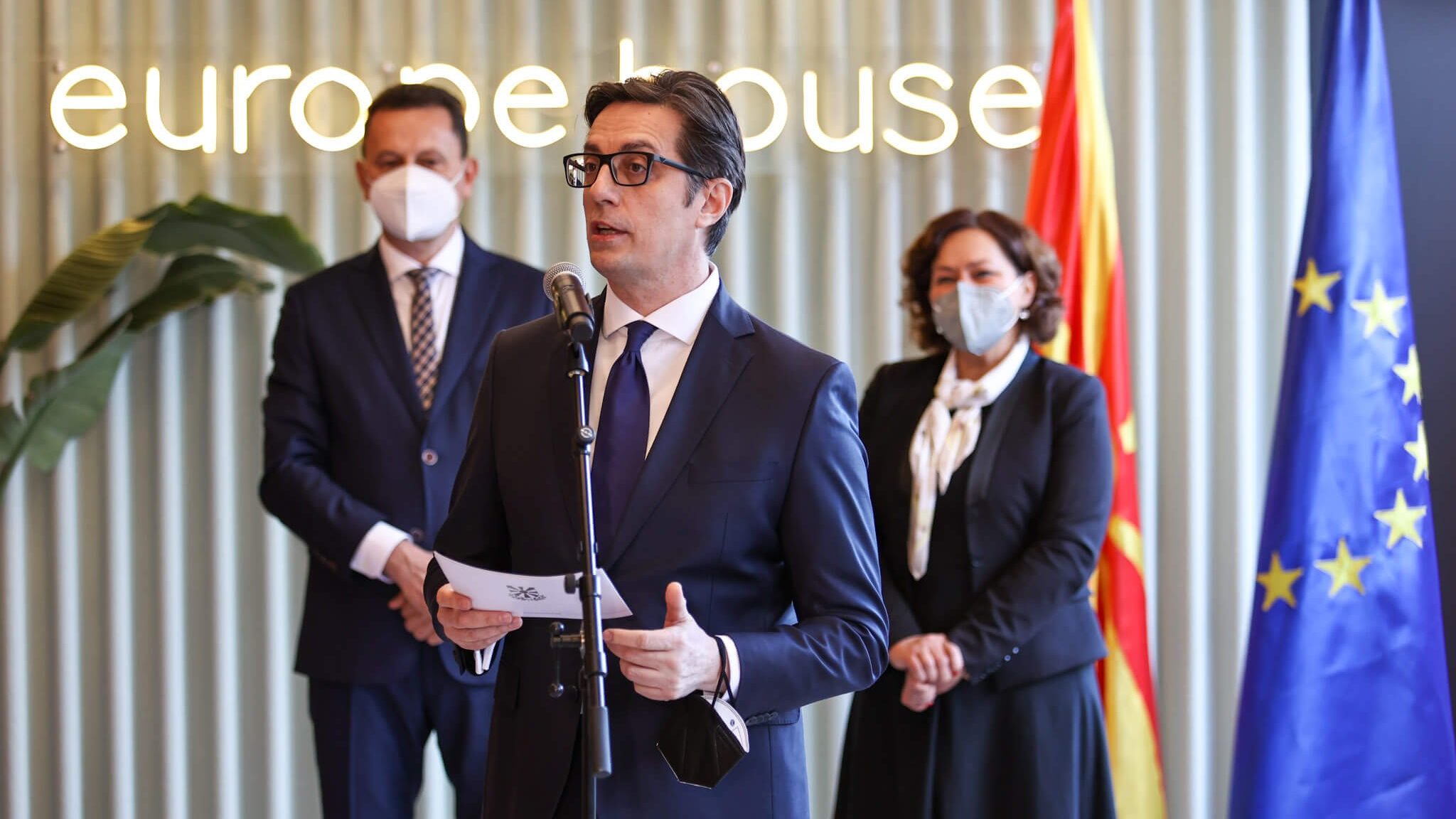 President Stevo Pendarovski addressed today the opening of the “Europe House” in Kriva Palanka, a project implemented by the Delegation of the European Union to the Republic of North Macedonia.

“Europe House” is a place where young people can socialize, learn, be informed and share their views and thoughts, discuss, promote innovation and entrepreneurial initiatives, organize various cultural events in order to promote the European values.

The event was also addressed by Ambassador David Geer, Head of the European Union Delegation to the Republic of North Macedonia and Borjanco Micevski, Mayor of Kriva Palanka.

Distinguished Ambassador of the European Union to the Republic of North Macedonia,
Dear Mayor of the Municipality of Kriva Palanka,
Dear guests,
Dear friends,

I am happy that today I have the opportunity to attend the opening of a new space, called Europe House in Kriva Palanka. After the Europe House in Skopje, this is the first such space in the interior of the country in which it will be important for us to hear what young people think and what challenges they face in such a local and regional context.

In this House, young people get a place where they can communicate, create common ideas, share opinions, views, get information, gain knowledge and skills, propose solutions and, of course, become familiar with and adopt European values.

Youth people in our country are facing serious challenges for which they need continuous support from the state. Young people rightly seek their place in society, and all of us, the authorities at this time, must create space, conditions and opportunities for the realization of their ideas, with concrete action, not just words.

Priority issues, such as unemployment, which goes hand in hand with youth poverty, insufficient participation in decision-making processes, which leads young people to apathy and passivity in relation to important developments in society, will be discussed here and solutions will be sought for them, through projects, experiences and funds available from the European Union. Our main task as politicians is to work around the clock not to let for the feeling of disappointment with the domestic economic and political trends among the youth to be a motive for leaving the country.

In that sense, we must build trust in the institutions, as well as the opportunity to influence their work, primarily for a better future of young people and strengthening their position in society. It is indisputable that the optimism of the youth is closely related to the European perspective of the country. That is why the blockades on that road and the prolongation of the integrations will only further intensify the disappointment and will intensify the plague of our time – migration.

I expect in this European House to develop the potential of the young people from this city and the surrounding area, to stimulate their civic activism through which they acquire skills related to public policies and participation in their implementation.

I am convinced that the young people in Kriva Palanka will recognize this location in their city as an opportunity and will be actively involved in the planned programs.

I would like to sincerely thank the European Union for initiating and financing the opening and work of the Europe houses. Gratitude also to the local self-government in Kriva Palanka which recognized the importance of this project and is a partner in its implementation.

I hope that in the near future we will open Europe houses in other cities, which will bring the European idea closer to young people in all parts of our country.

In conclusion, I wish you a successful work, many activities, various events, socializing and satisfied and fulfilled young people.