President Pendarovski meets the President of the Alliance for Albanians, Ziadin Sela The President of the Alliance for Albanians Sela congratulated President Pendarovski on the occasion of his assuming of office and wished him success in his work.

The meeting discussed the political situation in the Republic of North Macedonia and the fulfillment of the strategic goals and tasks ahead of the significant period for the country.

President Pendarovski called for a responsible approach of all relevant political actors in view of fulfilling the reform agenda in order to make progress in the European and Euro-Atlantic integrations of the Republic of North Macedonia.

President Pendarovski stressed the need for the political parties, both from the government and the opposition, to demonstrate unity in attaining the state interests. 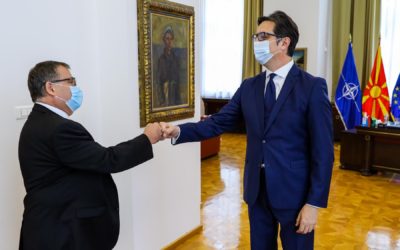 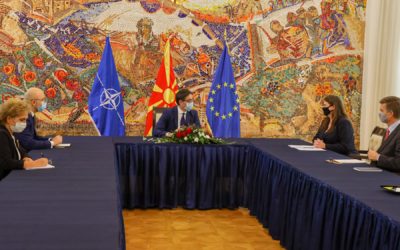