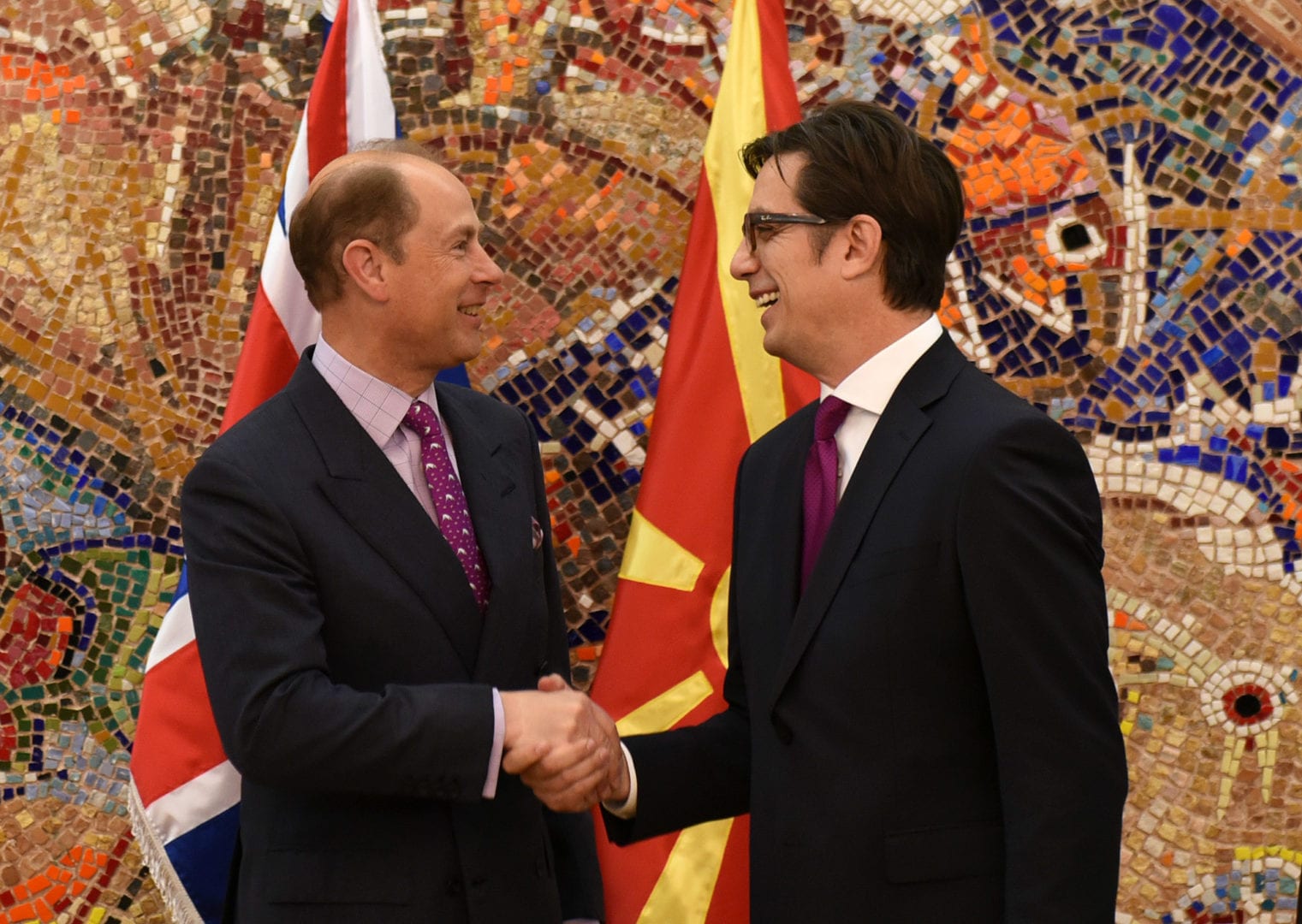 President Pendarovski expressed gratitude for the overall UK support for North Macedonia and expressed expectation that in the future it will be further deepened and expanded.

President Pendarovski informed Prince Edward about the priorities in his work in the next five years, aimed at ensuring overall progress of the country and meeting the strategic goals of the country – membership in the European Union and NATO. President Pendarovski stressed the need to improve the prospects for the youth in order to prevent brain-drain through scholarships to students and researchers, support for the scientific and technological progress of the state and through the support of youth initiatives.

Healthy environment is a right of every citizen of the Republic of North Macedonia and the President will therefore work on raising awareness and will encourage the authorities to provide ecologically clean environment. At the meeting, His Royal Highness Prince Edward expressed his satisfaction with the opportunity to visit the Republic of North Macedonia for the second time, and congratulated President Pendarovski for the assuming of office, wishing him success in his work.