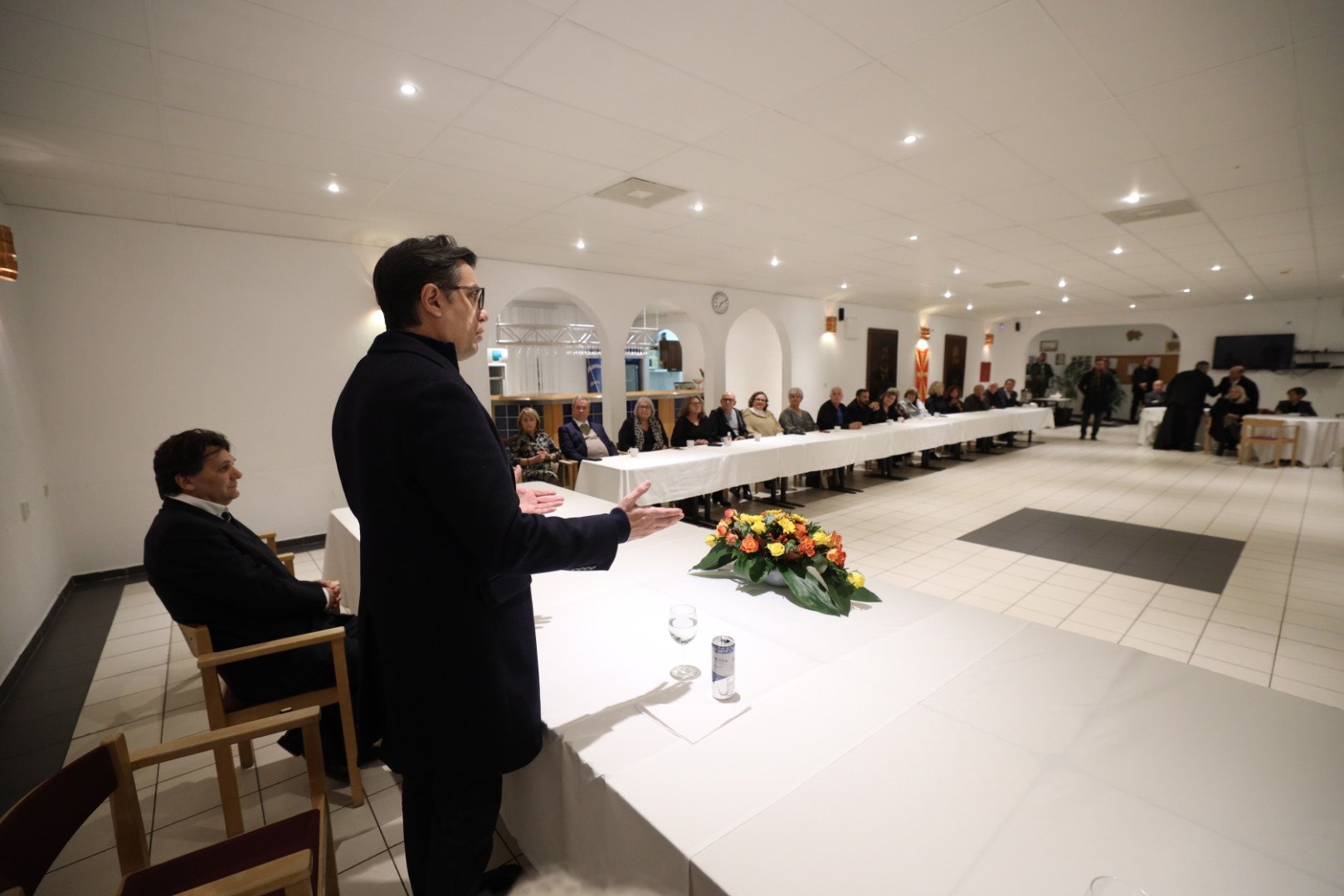 In the talks with the priest Kozarski, President Pendarovski was informed about the organization and functioning of the church community, which is the first in Europe, established in 1973, as well as with the current activities and cooperation with the Swedish institutions in view of promoting the Macedonian Orthodox Church.

The representatives of the Macedonian societies from Malmo shared with President Pendarovski the current initiatives for advancing the activity of the Macedonian community, as well as for promoting our culture and tradition in Sweden. In that context, the importance of continuously nurturing ties with their home country was emphasized.

Expressing satisfaction with the long-term successful operation of our community in Sweden, President Pendarovski stressed that its role as an active factor in the overall socio-political and economic processes in our country is increasingly valued.