President Pendarovski meets with representatives of the “Slavko Janevski” Foundation 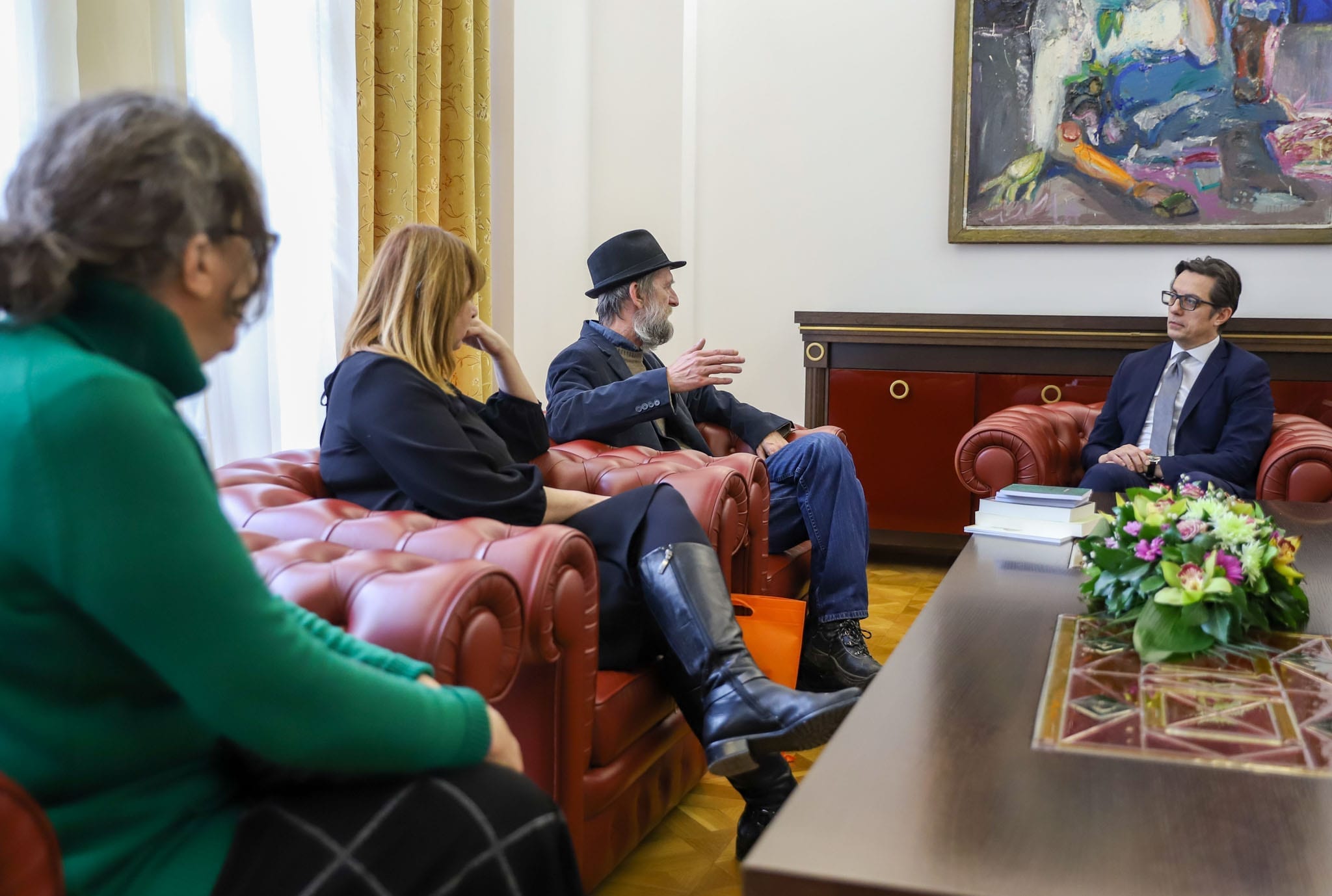 At the meeting, the representatives of the Foundation for Promotion of Cultural Values ​​“Slavko Janevski” informed President Pendarovski on the activities implemented in the past two years and introduced the President with their future projects and plans. They announced that this year, when the centenary of his birth is celebrated, more activities and cultural events are planned under the motto “Slavko Janevski in the 21st Century”.

President Pendarovski, expressing respect for the work of Slavko Janevski as a prominent Macedonian storyteller, novelist, poet, film screenwriter, essayist and painter, expressed support for the work of the Foundation for Promotion of Cultural Values “Slavko Janevski” and pointed to the necessity of greater involvement of the state institutions in marking the centenary of his birth.

The Foundation for Promotion of Cultural Values “Slavko Janevski” was established in 2017 primarily to preserve the tradition of the “Novel of the Year” award, which was awarded by Utrinski Vesnik.