President Pendarovski meets with the Minister of Foreign and European Affairs of the Republic of Croatia, Gordan Grlic Radman 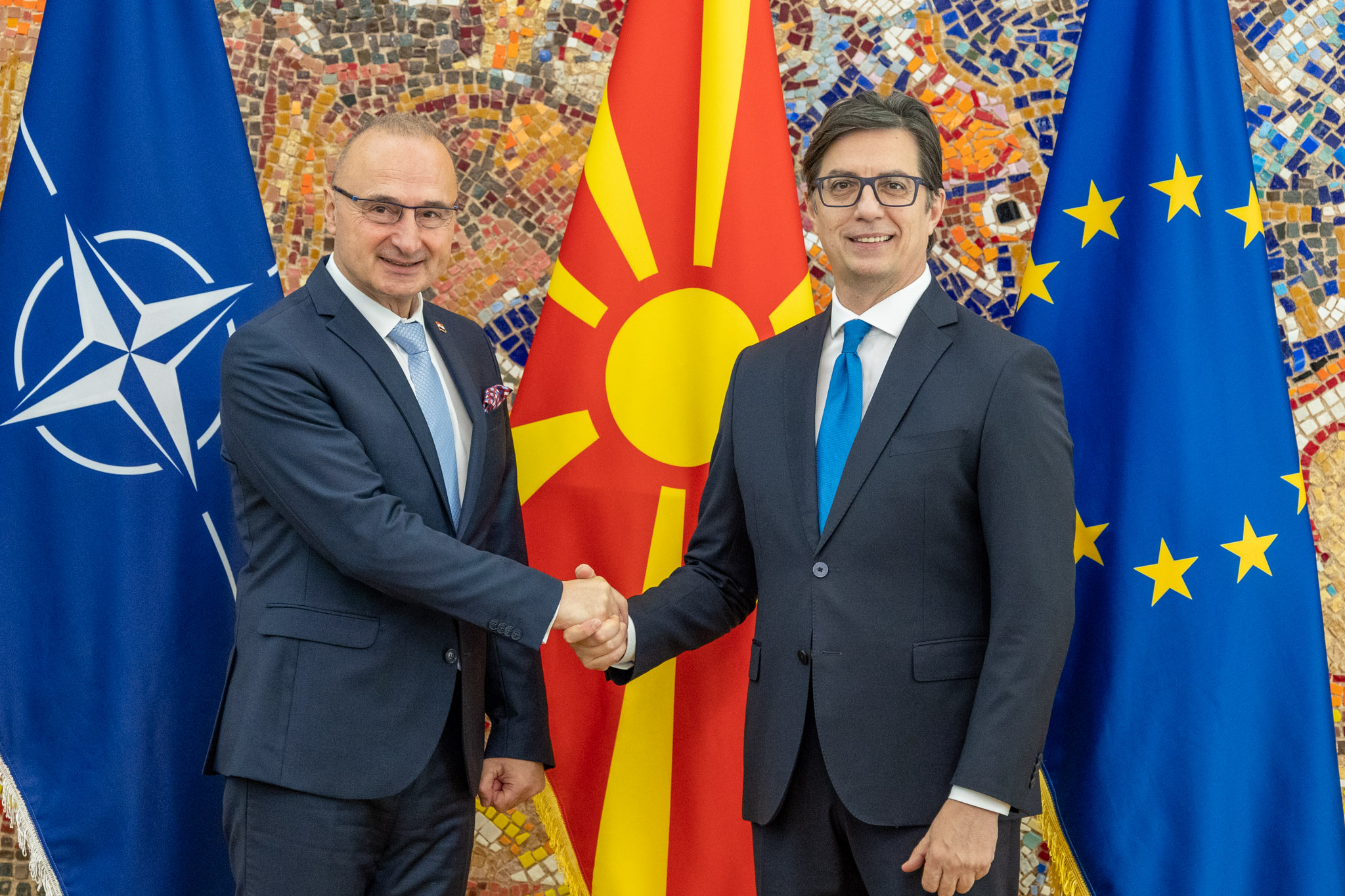 President Stevo Pendarovski received today the Minister of Foreign Affairs and European Affairs of the Republic of Croatia, Gordan Grlic Radman, who is paying a visit to the Republic of North Macedonia.

The meeting confirmed the excellent bilateral relations between the two countries and expressed satisfaction with the intensive political dialogue, constructive talks, as well as the exchange of visits at the highest level, as evidenced by the participation of the Croatian President Zoran Milanovic and Minister Grlic Radman at the international conference “Prespa Forum for Dialogue” to be held in Ohrid.

President Pendarovski expressed gratitude for Croatia’s continued support for the European integration process and expressed readiness and expectations for the holding of the first Intergovernmental Conference and the start of accession negotiations with the EU as soon as possible. In that context, the interlocutors exchanged views and information on the latest developments in neighboring Bulgaria, as well as on the efforts of the French Presidency with the Union to unblock and move forward the process.

President Pendarovski and Minister Grlic Radman also discussed the current situation in the wider region, including the Russian invasion of Ukraine, as well as the security and stability of Europe.