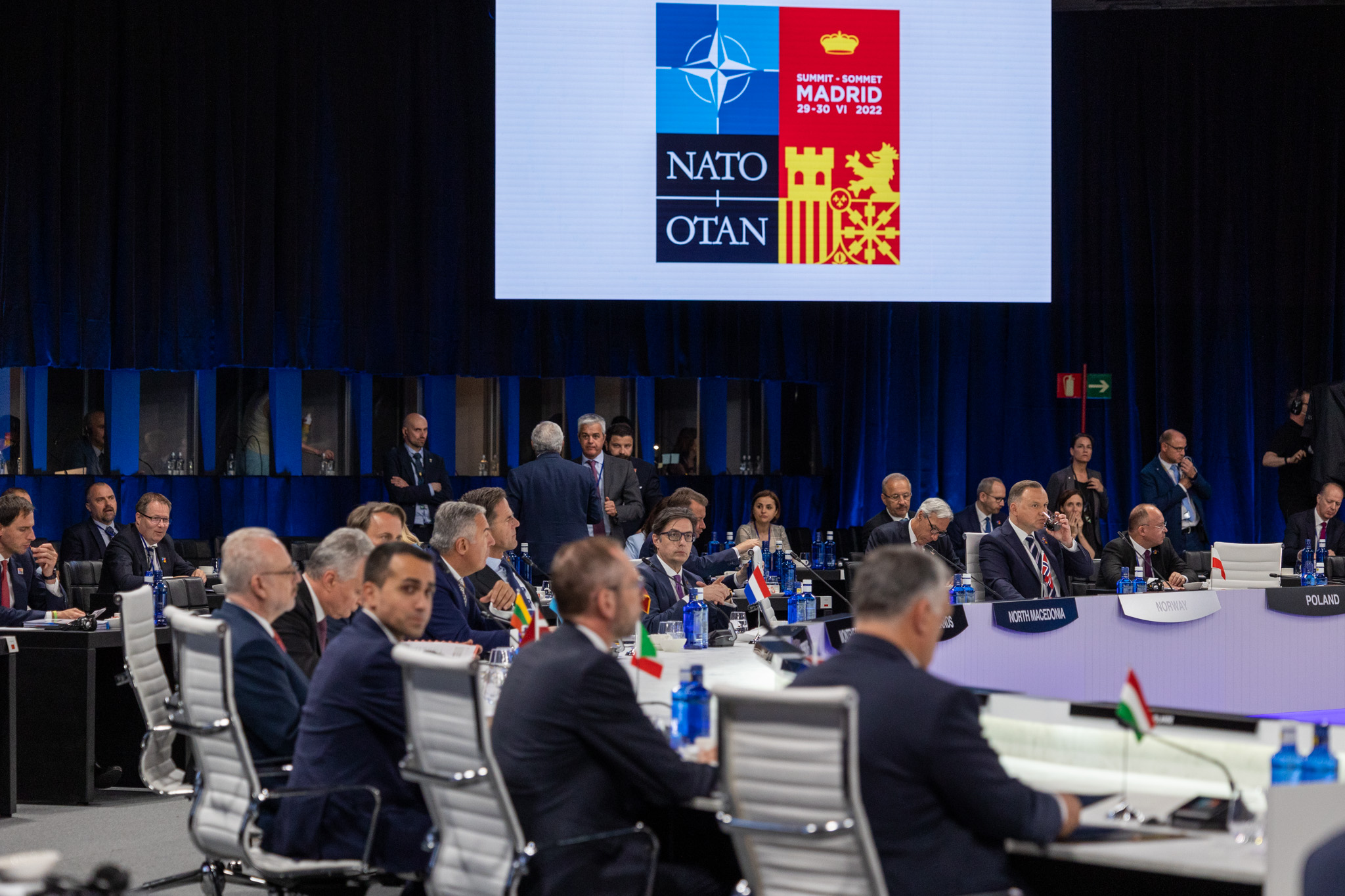 During the NATO Summit in Madrid, President Pendarovski participated and addressed the second session of the North Atlantic Council meeting at the level of Heads of State and Government, dedicated to NATO partnerships with countries and organizations at the global level.

President Pendarovski welcomed the presence of the Presidents of Finland and South Korea, as well as the Prime Ministers of Australia, Japan, New Zealand and Sweden, and the Presidents of the European Council and the European Commission, adding that, in these times of crisis, it is important to show that NATO unity and cooperation with partners globally is the greatest trump card for guaranteeing international peace. In this regard, he added that, in addition to the support given to Ukraine, it is important to strengthen the partnership and provide support to other partner countries that could face challenges, such as Bosnia and Herzegovina, Moldova and Georgia.

The President welcomed today’s decision to formally invite Finland and Sweden to join the Alliance, a decision they made as sovereign states. He noted that NATO’s open door policy was complementary to the EU’s enlargement policy, which had positive effects on millions of citizens across Europe. In that regard, the President added that it is necessary to accelerate the process of accession to the European Union, which will contribute to consolidating the stability and prosperity of the Western Balkans.