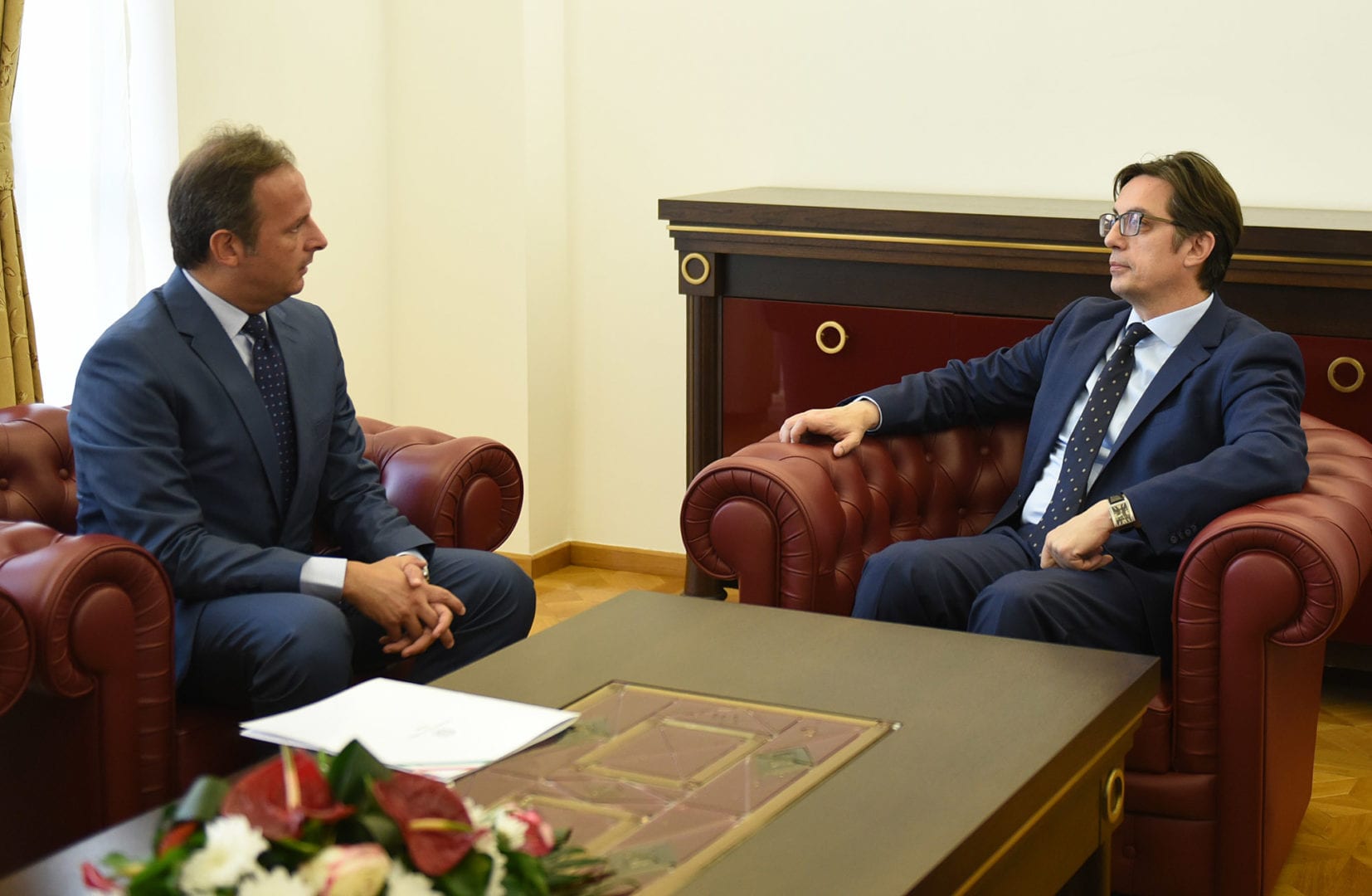 At the meeting, the bilateral relations between North Macedonia and Italy were discussed, and satisfaction was expressed with the continued successful development of the cooperation between the two countries, in all areas of mutual interest. In this context, the interest was reaffirmed for further intensification of economic relations and trade, as well as cooperation in the fields of defense and security, education, culture and tourism.

President Pendarovski stressed that North Macedonia highly appreciates the constructive, clear and unreserved support from the Italian Republic on our path to full-fledged membership in the European Union, expressing the expectation that the Italian Parliament will soon ratify the NATO Accession Protocol for North Macedonia.

The Italian Ambassador Romeo congratulated President Pendarovski on his assuming of office and wished him success in the execution of his duties, while expressing readiness for further improvement and strengthening of relations between the two countries.