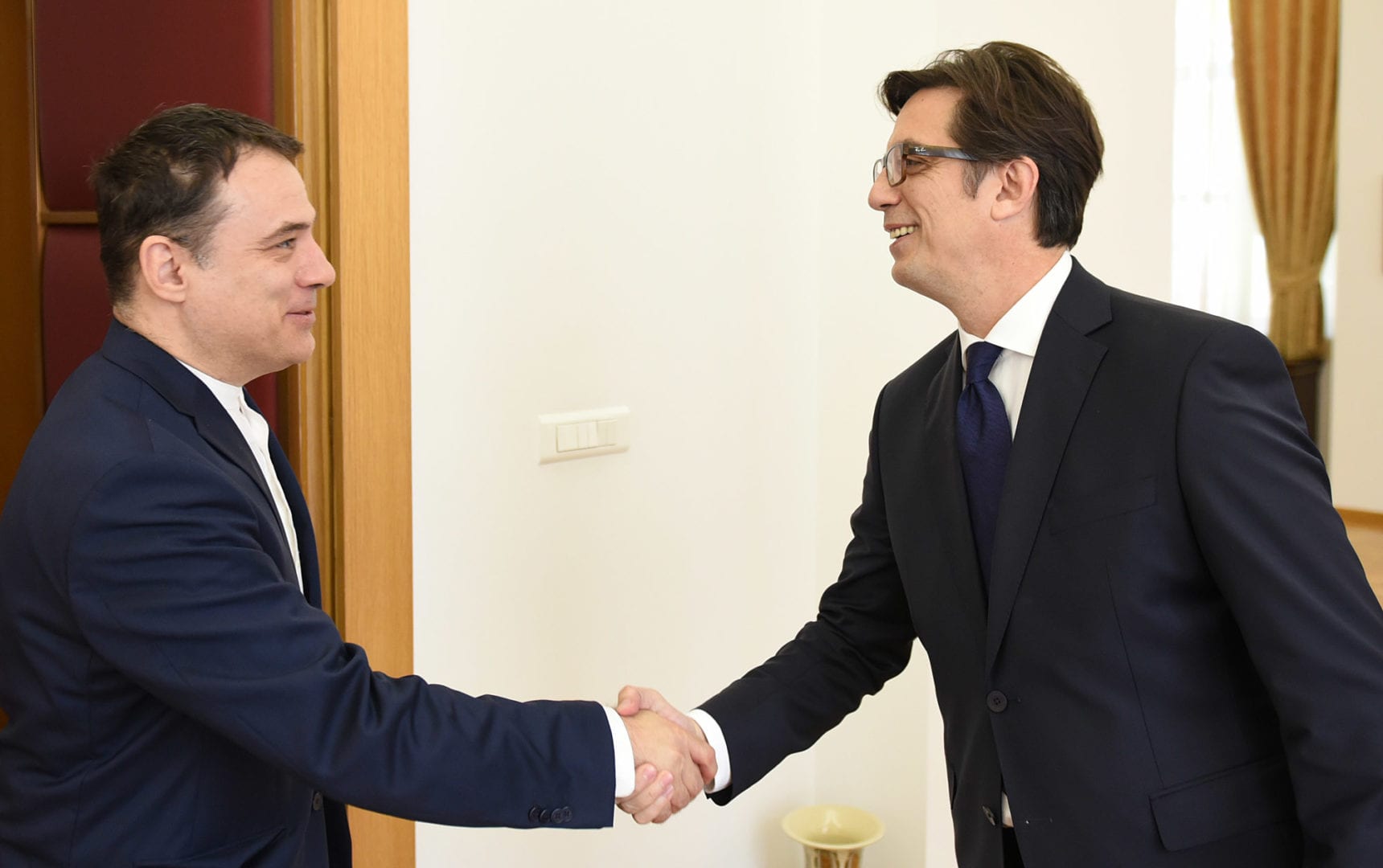 The President of the Republic of North Macedonia, Stevo Pendarovski, received today the Ambassador of Romania, Viorel Stanila.

The meeting focused on the overall relations between North Macedonia and Romania, and exchanged views on the future of the region in the context of the Euro-Atlantic integration.

Both interlocutors expressed satisfaction with the bilateral relations between the two countries and pledged to improve the legal framework, as well as new initiatives for developing the overall cooperation, especially in the field of economy and trade.

President Pendarovski stressed that North Macedonia highly appreciates the ratification of the Protocol on our accession to NATO, as well as the firm support of Romania as current chair of the Council of the European Union for starting accession negotiations.

The President stressed that the Republic of North Macedonia, as a candidate for EU membership, which in the past period actively worked on meeting the European criteria in the context of good neighborly relations and the reform agenda, expects a decision for a date to start accession negotiations.

Ambassador Viorel Stanila congratulated President Pendarovski on his assuming of office and wished him success in his work, adding that Romania stands ready for cooperation in the field of European integration.