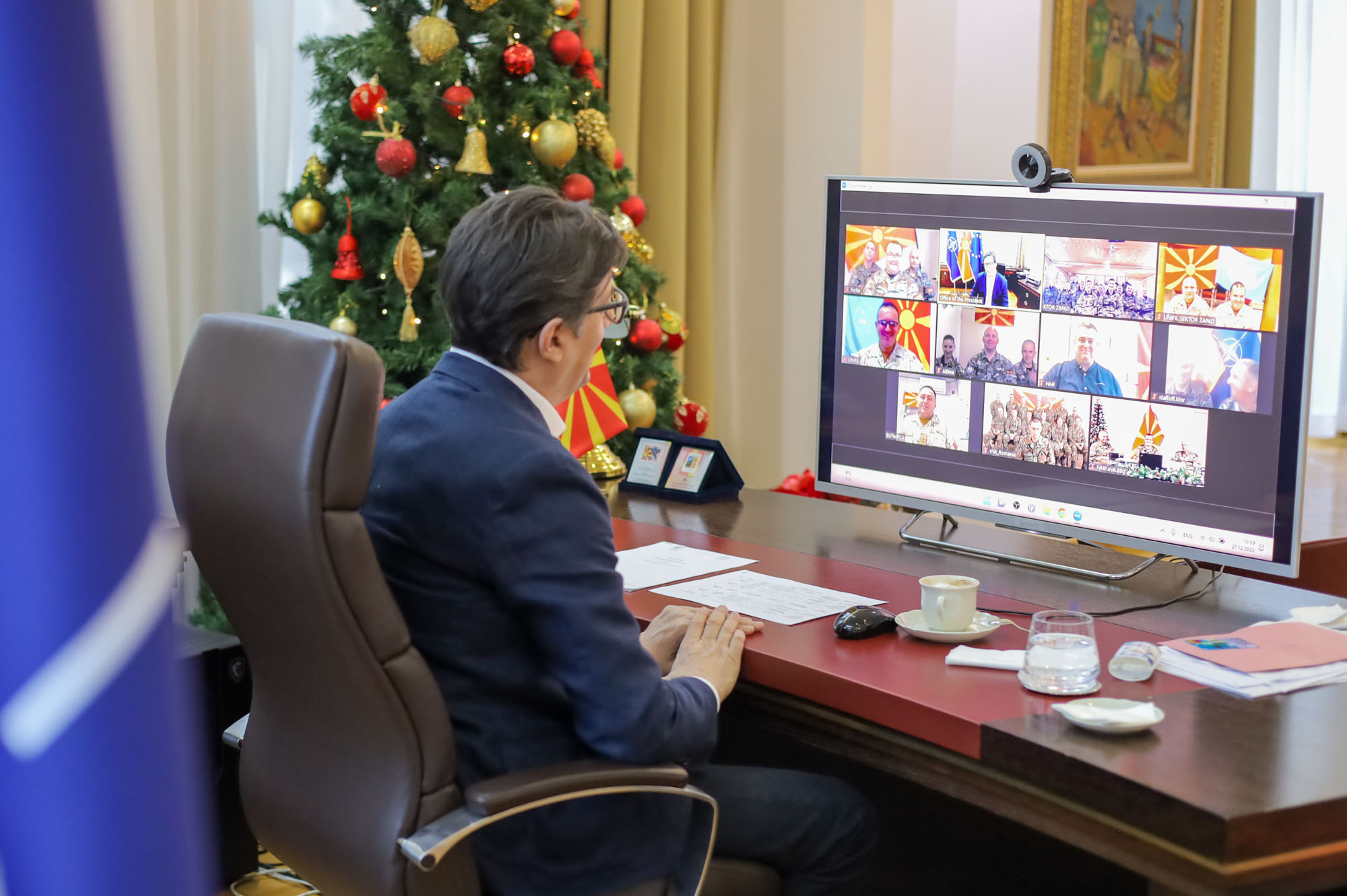 President Stevo Pendarovski held a video conversation today with members of the Army deployed in international missions outside the territory of the Republic of North Macedonia.

On the eve of the New Year holidays, President Pendarovski greeted our peacekeepers in the KFOR operation in Kosovo, in the UNIFIL mission led by the UN in Lebanon, in the ALTEA operation in Bosnia and Herzegovina, in the EUTM RCA mission led by the EU in the Central African Republic, in the NATO activity for the Enhanced Field Presence in Latvia, the members of our Army in the NATO missions in Bulgaria, Romania and with the member of the Ministry of Defense in Iraq.

In the talks, President Pendarovski stressed that the Republic of North Macedonia highly values the engagement, professionalism and sacrifice of the members of the Army who actively contribute to peace and security in the world, and represent the most important contribution to collective defense.

Congratulating them on the New Year’s holidays, the President wished them good health and further dedicated performance of tasks defending common values, peace, freedom and democracy.