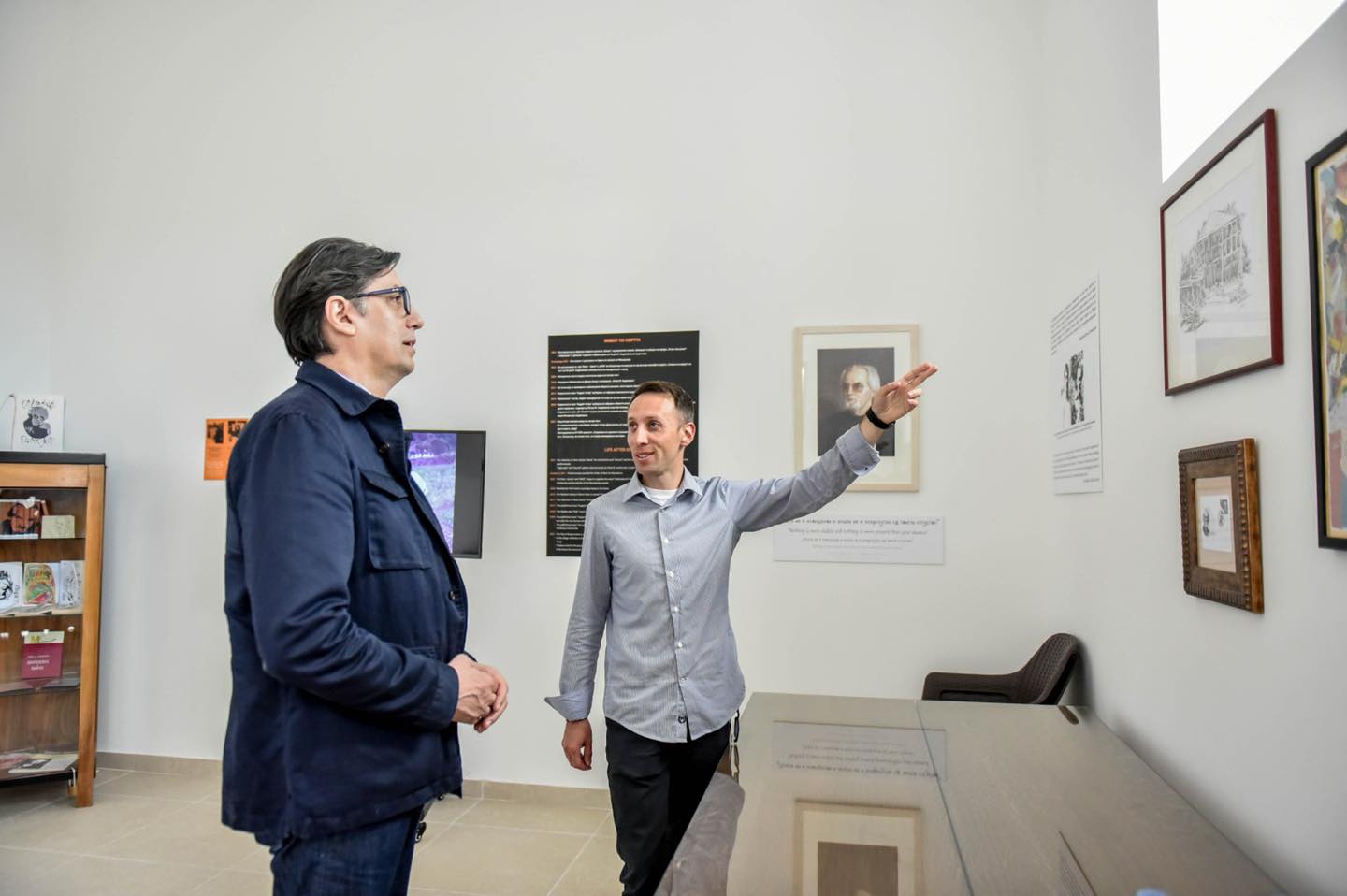 During the visit, President Pendarovski in the village of Sloeshtica visited the memorial room of the great Macedonian writer Petre M. Andreevski, located in the former Cooperative House, which is under reconstruction and will turn into a new Multifunctional Center. President Pendarovski was acquainted with the works done in the building, as well as with the plans to exhibit personal belongings of the writer Andreevski in the memorial room, donated by his family, in addition to his works.

In the village of Slepche, President Pendarovski visited the monastery of St. Jovan Pretecha, where he was introduced to the history of the monastery, which, among other things, was an important church and monastery center of the Ohrid Archbishopric, and through its rich history formed a rich library with valuable manuscripts and books for the church ceremonies. Today, the monastery continues the publishing activity and the creation of a new hymnography, and it also restores the woodcarving school with an authentic stylistic expression. The nurse is also involved in farming, beekeeping and agriculture.

President Pendarovski, in the village of Babino, visited the Al-Bi library, privately owned by Stevo Stepanoski. The library is the result of a 140-year-old family tradition in collecting books. The oldest book is an Arabic dictionary from 1307. In total, the library has over 20,000 titles and has 3,000 readers, many of whom are prominent academics, and there are members from abroad. The library also has an ethnomuseum and an open-air amphitheater.

In the village of Slepce, President Pendarovski visited the home of Goce Trajcevski, which is an unavoidable place to visit by domestic and foreign tourists. He makes a personal contribution to the infrastructural arrangement of the whole village.

Through the “Face to Face with the President” project, President Pendarovski has informal meetings with citizens who in different ways contribute to the local community and society as a whole. The aim of the project is to make such individuals more visible, emphasizing their hard work and selfless contribution to the work.