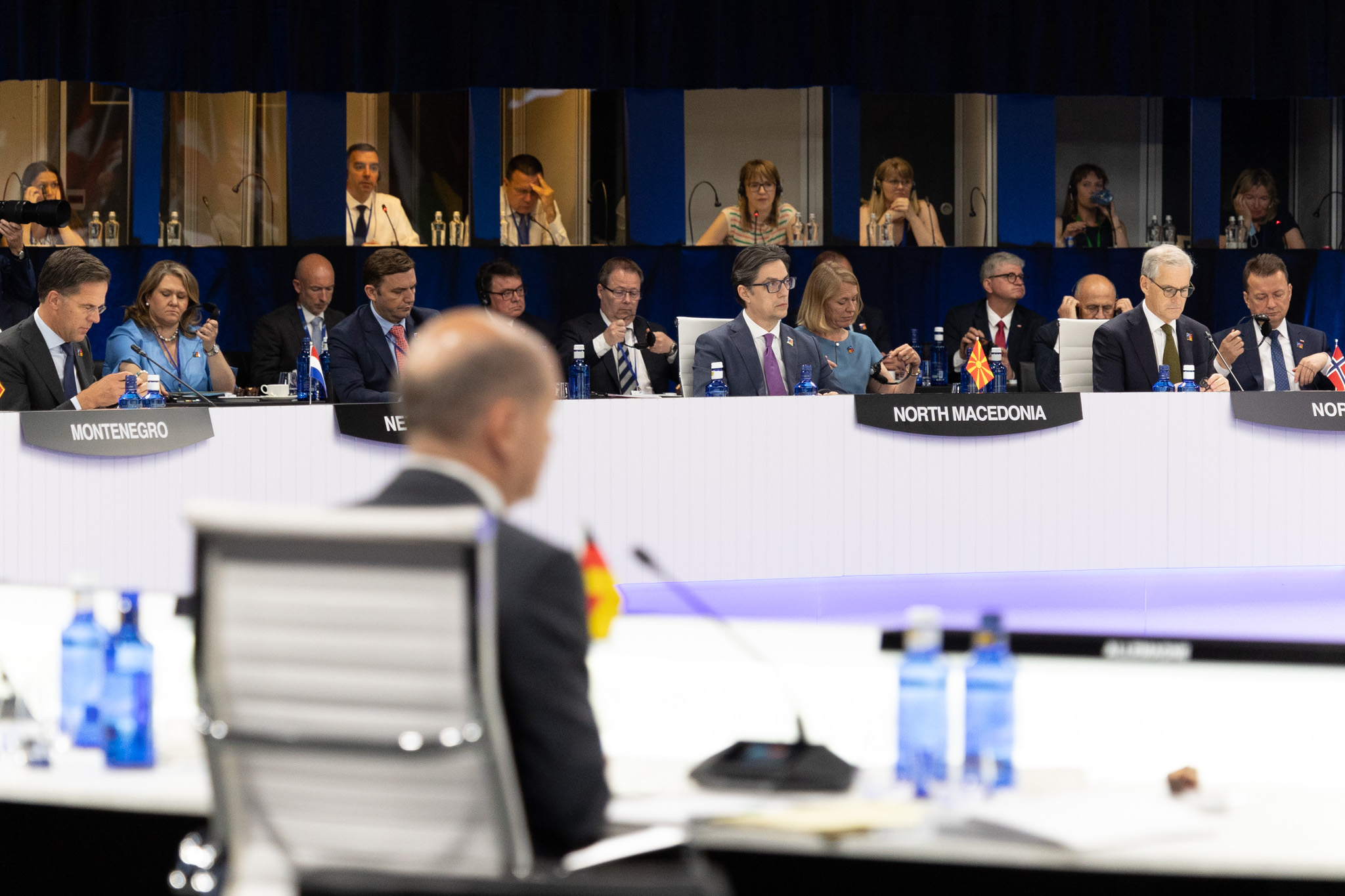 President Stevo Pendarovski, at the NATO Summit in Madrid, participated and addressed the first session of the North Atlantic Council meeting, which is held at the level of Heads of State and Government and is chaired by the NATO Secretary General, Jens Stoltenberg.

In his address, President Pendarovski said that in order to successfully deal with asymmetric threats and challenges, it is necessary to strengthen and adapt NATO defence capabilities and in that regard North Macedonia gives full support to the new NATO Strategic Concept, a document that should provide guidance for the future tasks of the Alliance. We need to send a strong message of cohesion as allies in these times of instability and strengthening of authoritarianism, he added.

President Pendarovski reiterated his support for Ukraine’s sovereignty and territorial integrity within its internationally recognized borders and noted that North Macedonia fully supports NATO\s Comprehensive Package of Support to Ukraine. In that regard, he said that we express solidarity with our allies from the East Wing and that the country will continue its activities within the southeast wing of the Alliance. The President also pointed out that the Western Balkans is a region of strategic importance, whose future is in NATO and the EU, and NATO should continue to strengthen partners by supporting their capabilities and resistance to malignant actors.

In his address, the President said that NATO remains the only, essential and necessary transatlantic forum for consultation, coordination and action on all issues related to our individual and collective security, pointing out that we need more resources to maintain NATO 2030 ambitions for the Alliance to adapt to the future tasks.