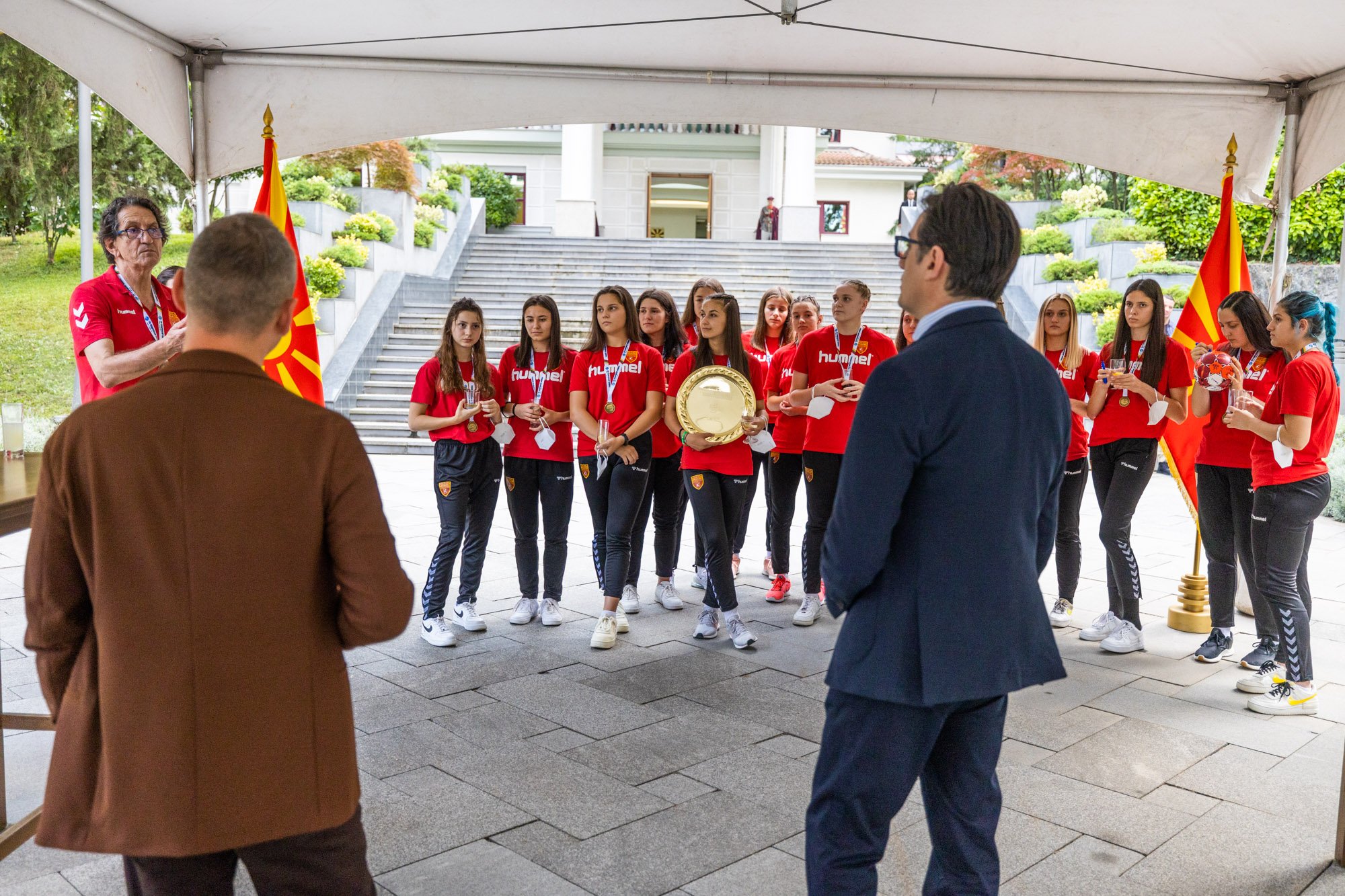 After winning the B European Cadet Women’s Handball Championship in Klapeida, Lithuania, President Stevo Pendarovski received this afternoon the handball players and the professional staff of the women’s cadet national team – U17 selection, the coach Ljubomir Savevski and the president of the Macedonian Handball Federation, Zivko Mukaetov.

Congratulating them on their great success, President Pendarovski said that their achievements inspire hope for the future of women’s handball.

“We really have something to be proud of. Your success is also our national success. I wish you to maintain mutual cohesion, to respect each other and to be, above all, best friends. You have my full support”, President Pendarovski said to the young handball players.

Winning the B cadet European Women’s Handball Championship, the handball players secured a place in the highest rank of the next European championships for youth and cadets, as well as participation at the World Cup. At the championship in Lithuania, the 14-year-old Iva Mladenovska won the MVP award, while the best team, besides her, included Teodora Dukovska and Marija Jovanovska.