President Pendarovski receives the winner of the “Novel of the Year” award, Simona Jovanoska 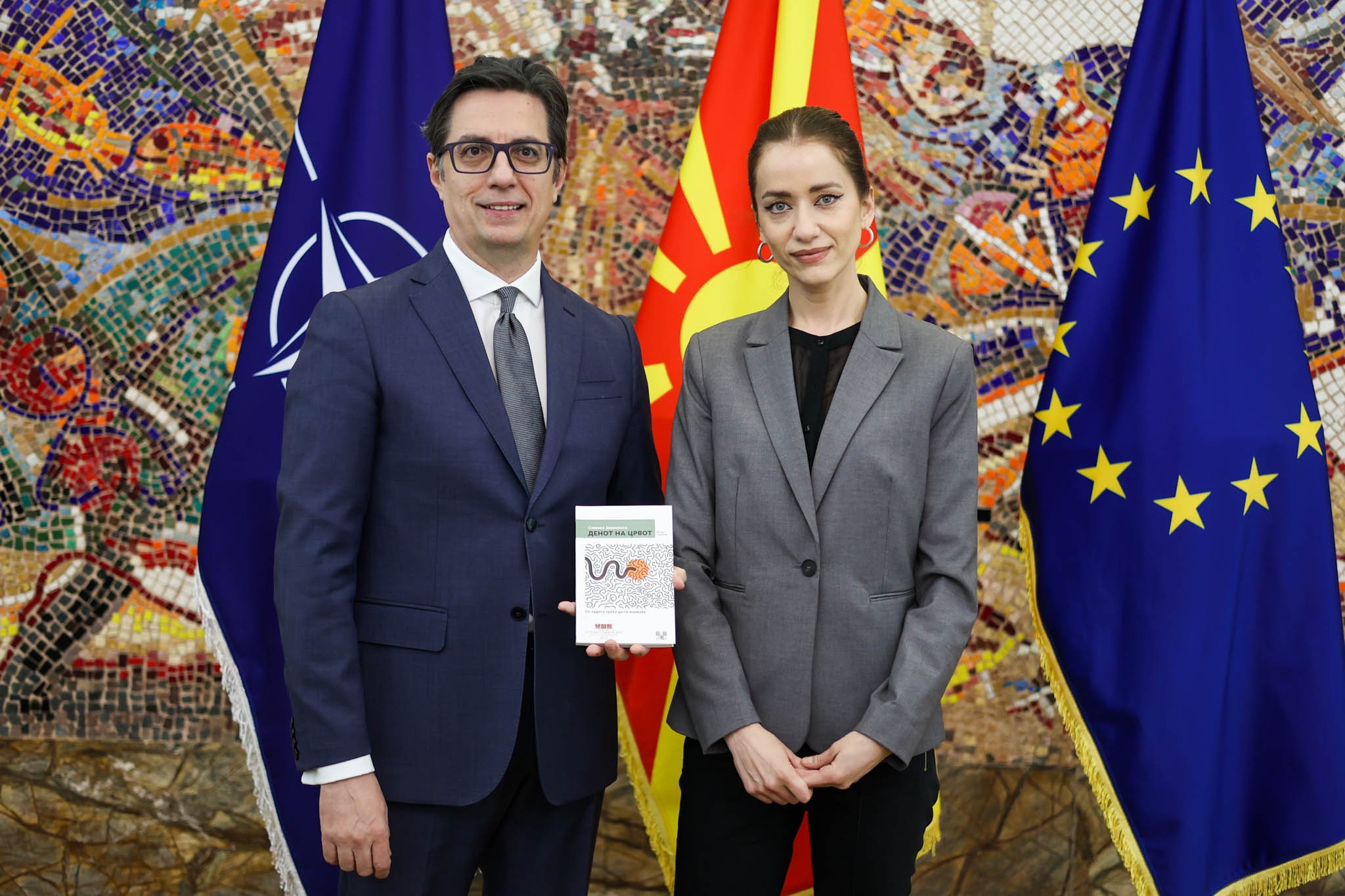 President Stevo Pendarovski received today the winner of the “Novel of the Year” award for 2021, Simona Jovanoska, author of the novel “Worm Day”.

The President congratulated the awarded author, wishing her further success and many more prestigious awards for her work. He expressed recognition and respect for all authors who enrich the domestic literary work with their work.

At the meeting, the President pointed out that artists do not create for awards, but they inevitably contribute to the affirmation of our authors and the promotion of our literature and language, adding that the support of young authors is especially important for encouraging and developing their work.

Simona Jovanoska’s debut novel, “Worm Day”, was awarded in a competition of 39 novels, and the award is traditionally given by the Slavko Janevski Foundation for promotion of cultural values. This award has been awarded 23 times so far and is intended for a novel that has been published in Macedonian in the ongoing year.