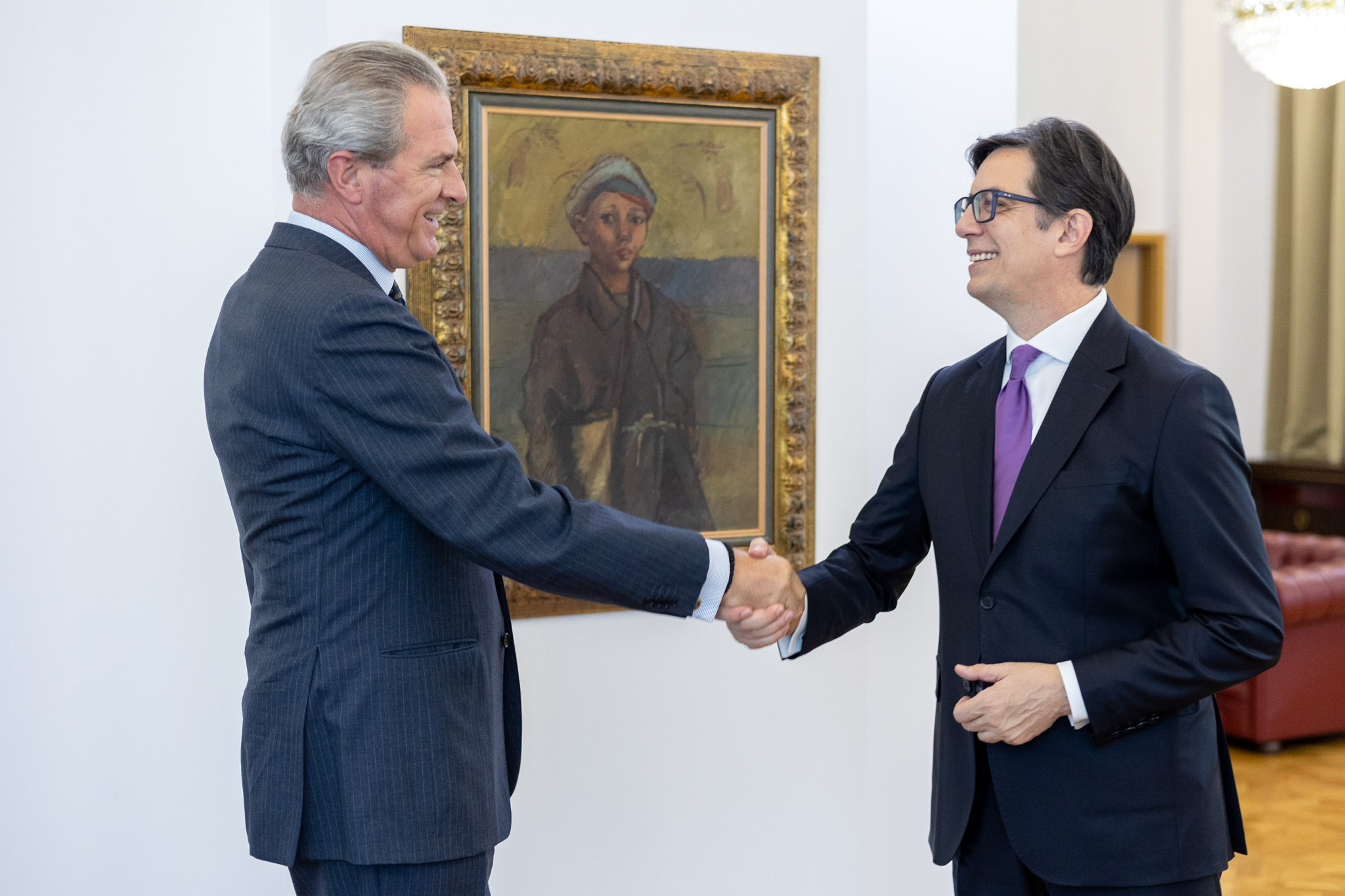 President Stevo Pendarovski received today in a farewell meeting the Head of the OSCE mission in the country, Ambassador Clemens Koja.

At the meeting, the President expressed his gratitude for the support and activities of the Mission, as well as for the engagement of Ambassador Koja in the past period.

The interlocutors exchanged opinions on the current developments in the country, the course of the European integration processes in North Macedonia, as well as on the activities of the OSCE Mission.

In that direction, it was pointed out that the OSCE has a significant role in supporting the Macedonian institutions, in building the democratic capacities and in fulfilling the reform agenda in all vital areas, such as promotion of human rights and anti-discrimination, judiciary, media freedom, strengthening security and monitoring the electoral process.

President Pendarovski expressed his willingness to continue and advance the overall cooperation with the OSCE in the following period and welcomed the efforts of the Mission, which this year marks 30 years of its existence in North Macedonia as the oldest field mission.