Pendarovski: We must create strategies for different scenarios that await us in the years to come 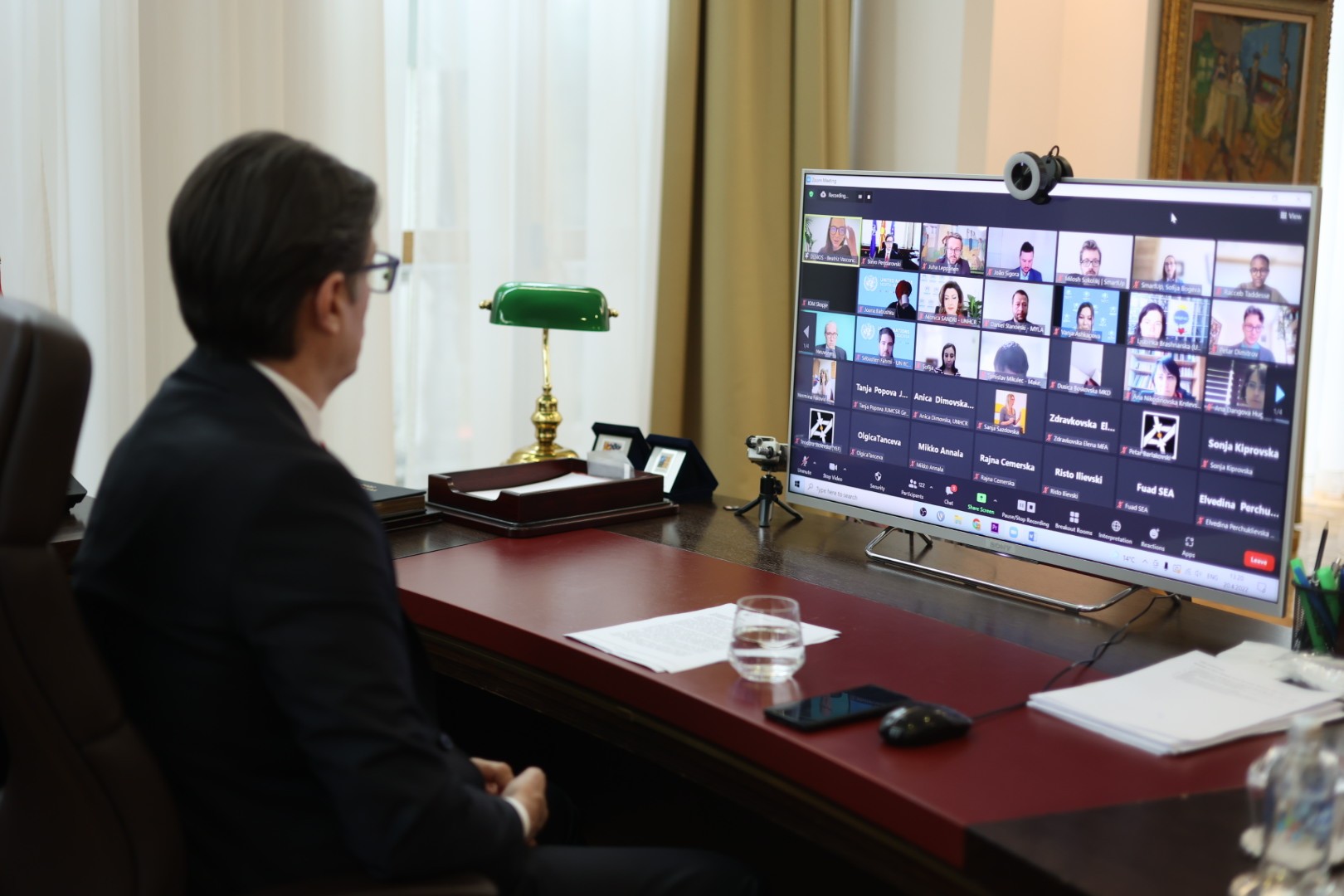 President Stevo Pendarovski addressed today the first of the series on-line training courses on “Foresight and Futures Thinking for Policy Making” as part of the project “Migration Policy and Evidence-Based Social Dialog in the Republic of North Macedonia”.

In his address, President Pendarovski stressed that migration has historically played a key role in the political, demographic and economic aspects of living in our country. Besides the traditional economic migration and the outflow of a large number of Macedonian citizens, President Pendarovski said, in the last few years we have witnessed intensive migration processes as a result of military and security crises.

President Pendarovski pointed to the military conflict in Syria in 2015/2016, when our country was a transit route for millions of refugees, which, according to him, seriously imposed the dilemma of our capacity to deal with migration waves.

“The experiences gained then imposed the need for new legal solutions, restructuring and systematic preparation of institutions to deal with future challenges. However, the most important lesson I hope we have all learned is that we should not wait for crises to come, but to be constantly mobile and ready to deal with them and work on creating policies that will anticipate what is happening, not only In terms of migration policies, but also in other related segments”, President Pendarovski said.

President Pendarovski also announced the recent publication of the strategic document MKD2030, which emphasizes several interdependent topics and areas, from digitization, decentralization and democratization, through environmental, economic, agricultural and health policies, to education, science and migration policies, including the mass immigration of young people and depopulation, and indicated his expectation that the document would be translated into a National Development Strategy for the period up to 2041, and that its components would be phased in and properly implemented.

According to President Pendarovski, we live in a time and world where things are changing rapidly and where security, political, but also a number of other factors such as quality of life, healthy environment, climate change, affect migration processes.

“We know that it is not easy at all to anticipate future developments, but we must create strategies for different scenarios that await us in the years to come”, President Pendarovski said.

He stressed that cooperation and a common approach to solving global problems are necessary if we are to achieve results and bring policies to life in practice.

“Russia’s military offensive in Ukraine has shown how fragile peace on our continent is and how little is needed for a new security, humanitarian and migration crisis to erupt. Given the fact that the Republic of North Macedonia is geographically part of an area with several open geopolitical issues, where there is still potential for conflict, I cannot but emphasize the importance of our membership in NATO that gives us adequate security guarantees. This is the best confirmation of the correctness of the Euro-Atlantic course, for which we have made difficult but visionary decisions. In the same direction, the process of European integration is gaining additional importance not only for us, but also for all countries in the region, and that is why it is imperative for us and for Europe to move forward and finally bring this process to an end”, President Pendarovski said in his address.