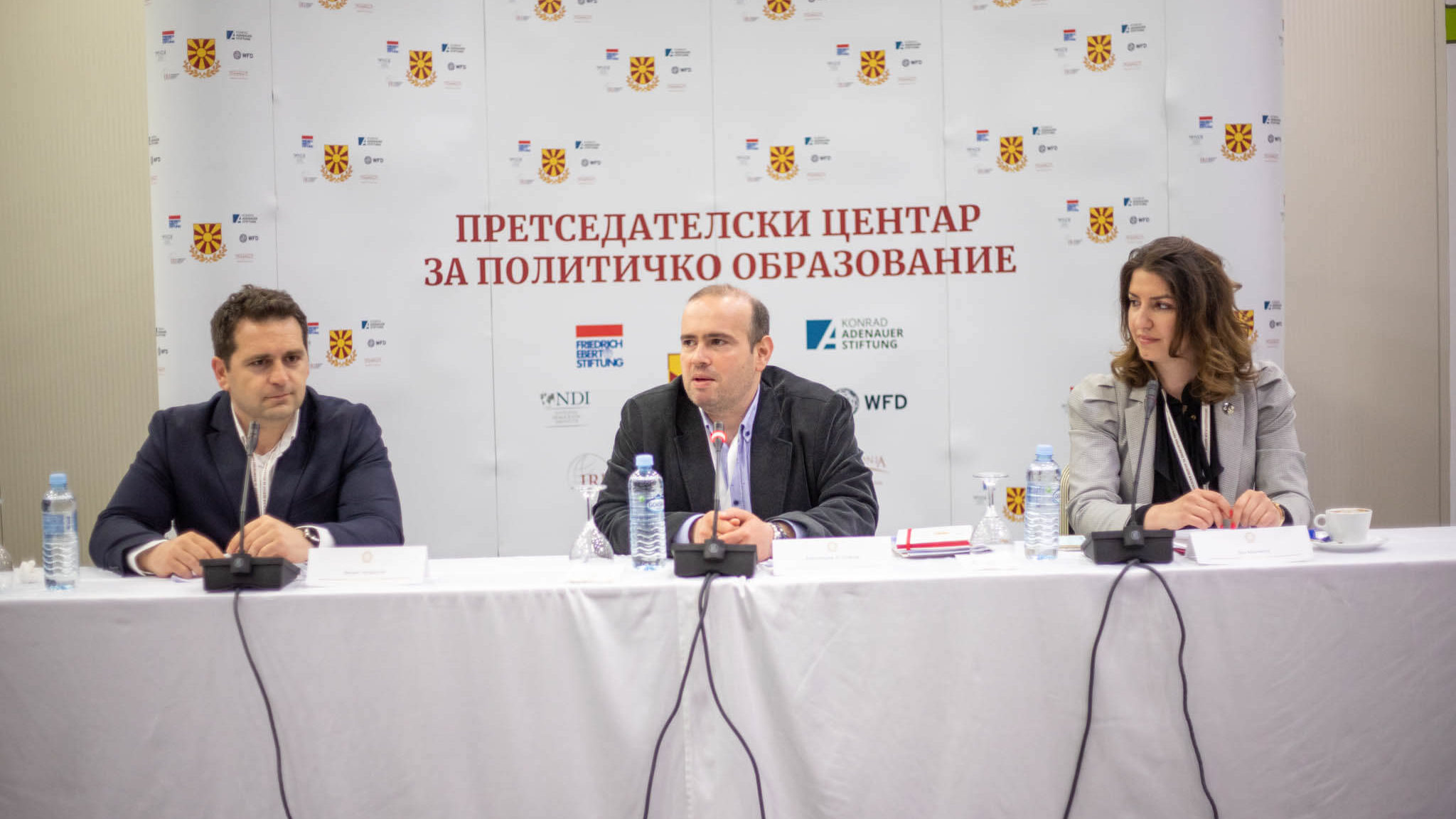 Module II of the School of Policies within the Presidential Center for Political Education was held this weekend in cooperation with the National Democratic Institute for International Affairs (NDI).

Module II of the School of Policies was opened by prof. Dr. Aleksandar Lj. Spasov, President of the Program Council of the Presidential Center for Political Education, Advisor to the President for Legal Affairs and Associate Professor at the Faculty of Law “Iustiniana I” and Robert Scott Heaslet, Senior Resident Director of the National Democratic Institute for International Affairs (NDI) in North Macedonia.

The participants in Module II of the School of Policies had the opportunity to improve their knowledge in the field of parliamentary democracy and representative government, the functioning of the Assembly of the Republic of North Macedonia, the legislative procedure and opportunities for public participation in creating public policies.

In that direction, a panel discussion was held with the participation of several MPs from the Assembly of the Republic of North Macedonia, coordinators of parliamentary groups from the government, Jovan Mitreski from SDSM, Arber Ademi from DUI, and the opposition, Nikola Miceski from VMRO-DPMNE and Artana Kazimi from Alliance for Albanians, while the Vice President and the Secretary General of the Assembly, Goran Misovski and Cvetanka Ivanova, addressed the topic “The Assembly as a Foundation of Parliamentary Democracy”.

In order to bring the work of the Assembly closer to the young population, an educational activity “I have an attitude!” was held, in which the participants simulated the work of the legislature.

On the second day, the debate will focus on citizens’ perceptions of the Assembly, the quality of parliamentary debate, and the extent to which public opinion polls influence public policies. A lecture will be delivered by Vlora Recica from the Institute for Democracy “Societas Civilis”, and Professor Aleksandar Lj. Spasov will address the political speech, its structure, content and performance.

The purpose of the trainings within the second module is to develop awareness among the young population about the benefits of democracy, their encouragement and preparation for social and political inclusion and criticism.