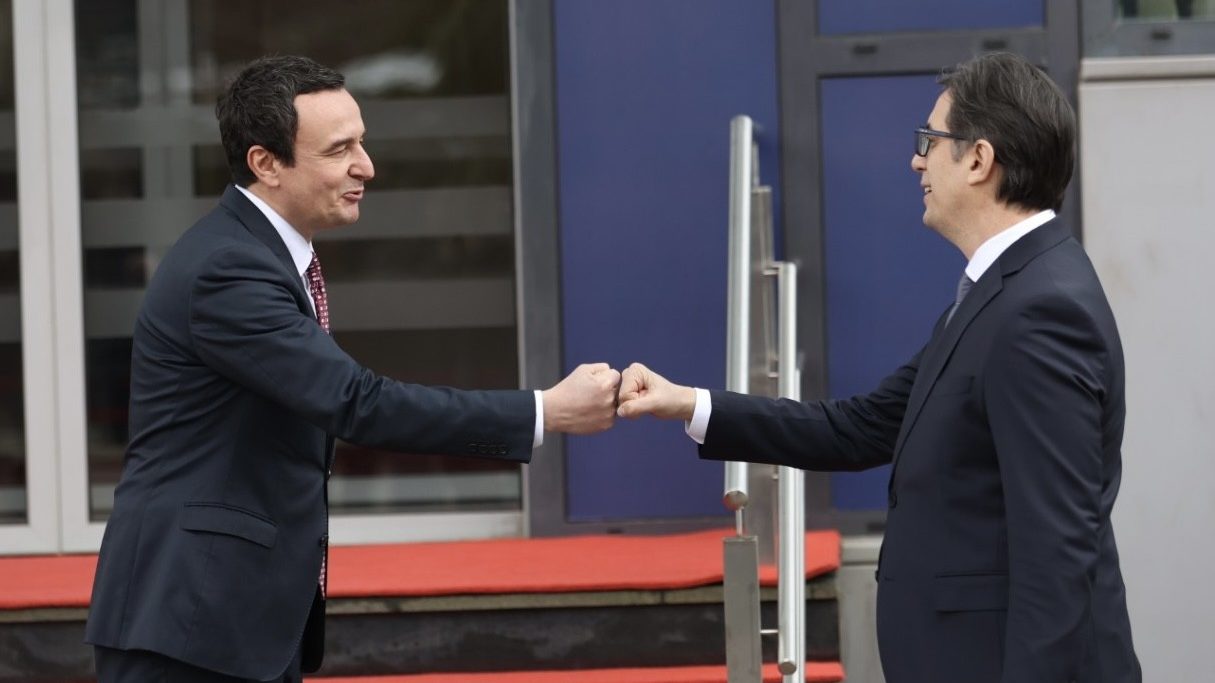 At the meeting, President Pendarovski and Prime Minister Kurti assessed that the relations between the two countries are friendly and constructive and in that context reaffirmed the interest in enhancing cooperation in several areas of mutual interest. President Pendarovski expressed satisfaction with the dynamics of contacts between the governments of the two countries, emphasizing that it contributes to building good neighborly relations between North Macedonia and Kosovo.

At the meeting, satisfaction was expressed with the current economic relations and cooperation between the two countries and opinions were exchanged regarding the possibilities for their further improvement. In this regard, President Pendarovski pointed out that infrastructure connectivity and cooperation in the field of energy, investment and tourism should be the focus of both countries in the coming period.

In the conversation, President Pendarvoski reiterated his support for Kosovo’s Euro-Atlantic aspirations and our readiness to contribute in that direction, assessing that as a NATO member, the Republic of North Macedonia supports the Alliance’s open door policy.

In addition, the interlocutors exchanged views on the Belgrade-Pristina dialogue, with President Pendarovski reaffirming the view that North Macedonia supports the efforts of our allies and partners to reach a mutually acceptable solution, which will contribute to strengthening peace and regional stability, which will also provide opportunities for further prosperity of the whole region.