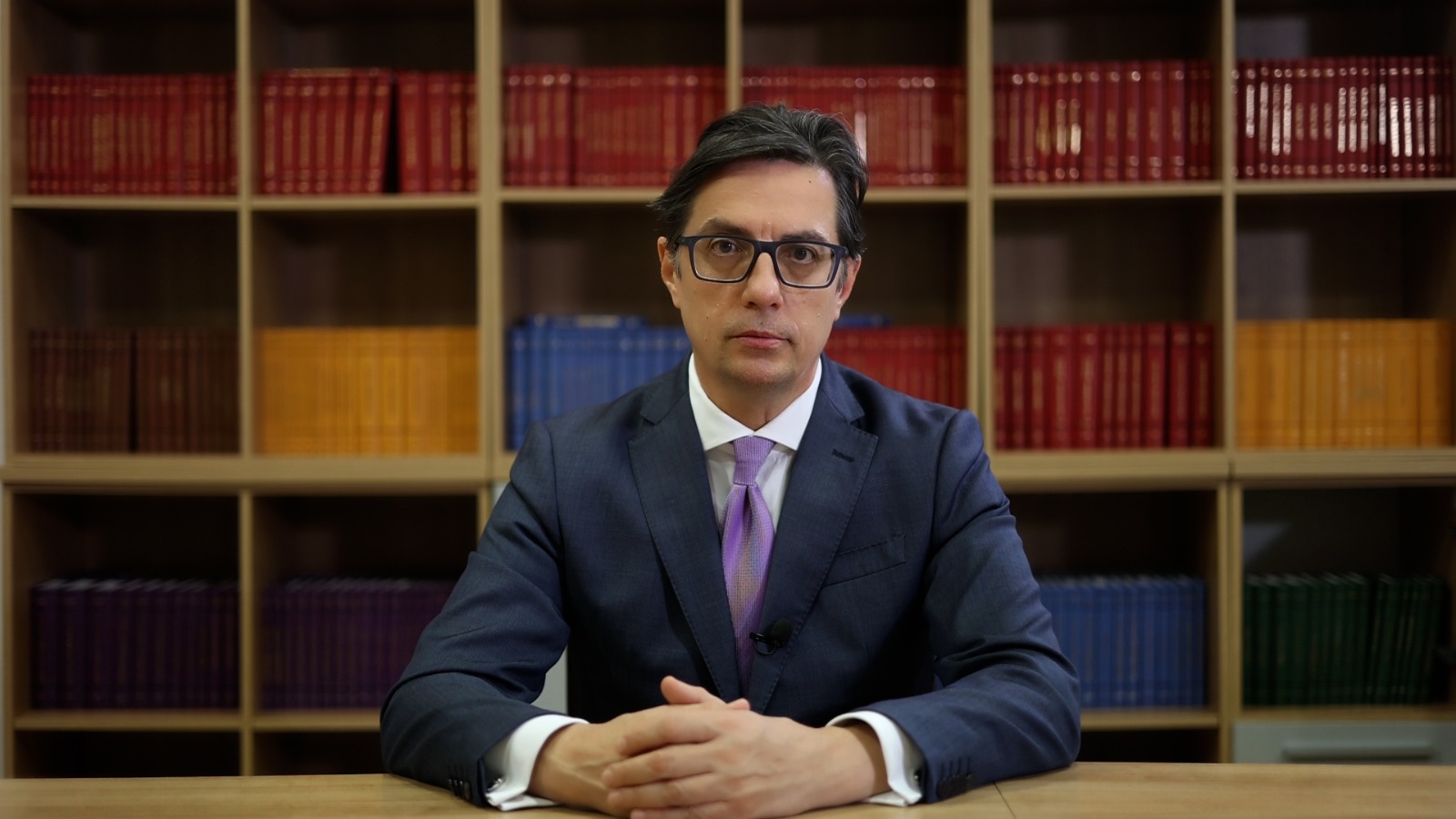 President Stevo Pendarovski addressed via video message the participants of the 13th International Scientific Conference held in Struga, on the occasion of 45 years of higher education in the field of security, on “Educational Challenges and Perspectives for Security” through.

Dear participants of the Conference held on the occasion of 45 years of higher education in the field of security.

It is my honor to address you and open this important Conference. I regret that I am not with you in Struga, but I am addressing you through this short video message.

45 years of work of an educational institution is a significant anniversary, especially for institution in the field of security. Security issues have always been an important topic, and we have witnessed that in the time we live in, they are even more important.

Not only as President, but also as a person who has professionally dealt with security issues and problems in his career, I think it is important to highlight several things that are important for the current geopolitical moment in which we live as a country, but also the world at large.

Inevitably, the most topical security issue of today is the Russian aggression against Ukraine, which tectonically disturbed the stability of the European continent when we thought that after the fall of the Berlin Wall we entered a period of long-term peace and stability.

Already in 2014, after the annexation of Crimea, it was clear that there are significant challenges ahead of the European security architecture, but, in reality, no one expected a direct military aggression against an independent and sovereign country, which has not been seen since the end of the second world war. We condemned the Russian aggression against Ukraine and gave full support to the Ukrainian people in defense of their independence which included not only political but also concrete technical assistance and military equipment. Compared to our capacities and size, we belong to the group of countries that have most helped Ukraine in its just defense against aggression.

We did that not only because we are a member of NATO, but because we believe in the principles of international law, which does not allow military aggression of one country against another.

Without hesitation, we also supported the membership of Sweden and Finland in NATO because we believe that in this way the security of the European continent is strengthened, and thus the security of North Macedonia. Hence, we also support the strengthening of NATO’s partnerships with some non-European countries, Japan, South Korea, Australia, which share common democratic values ​​with the Alliance and which are interested in maintaining global peace and security.

It is already clear today that the war in Ukraine results in a number of challenges in many fields that the world, and especially Europe, have to face. The biggest challenge is and will be the energy crisis. Therefore, I recently convened the National Security Council to hear the measures that the government is planning for the upcoming winter season.

At the same time, we need to be aware of the security challenges from third parties or so-called. malignant actors who wish to destabilize the Balkans. In this sense, there are several points in the region that represent potential hotspots that can be used by third parties for greater regional destabilization.

In addition to the energy crisis, all of us in the region feel the other consequences of the war in Ukraine, from the growth of inflation, through misinformation and populist rhetoric that is amplified using the visible stagnation in the European integration of the Western Balkans.

As for our path to Europe, with the major diplomatic compromises we have made in the past few years, we have shown that we are serious about attaining our second strategic goal. As a country, we are ready to fulfill all European criteria, and at the same time we have clear expectations that our work will be really valued by Brussels.

I am talking about the European perspectives of the region for the simple reason that I have never believed that long-term stability of the region is possible without becoming part of the United Europe project. The stagnation I am talking about and I have always argued is not good for us, is already being filled by third parties and, unfortunately, according to all relevant research, Euroscepticism is on the rise, as well as the popularity of autocratic leaders and populist values.

It is clear that this is not only the result of hybrid actions and misinformation campaigns, but also of the vacuum in the European perspectives of the region. I hope that today, after the aggression against Ukraine, it is clearer to many how important the Euro-Atlantic perspective is and how important it is to think strategically and in the long term.

It is great news that we are witnessing the strengthening of European cohesion on the issue of Ukraine, but I think it is extremely important that this cohesion and the European Union’s interest in the region continue even after, I hope, the end of the Russian aggression against Ukraine.

At the last NATO Summit in Madrid, the Alliance reaffirmed the position that the Western Balkans is a region of strategic importance. This is also clearly stated in the new Strategic Concept of NATO. The expansion of NATO with new members will be extremely important for strengthening the security, peace and stability of the region, through which we will build even greater resistance to the influence of factors that would like to destabilize the Balkans. After 21 years of waiting to become part of the Alliance, we are convinced that NATO membership is the biggest stabilizing factor in the region and beyond.

What we will have to work on harder in the coming period, both political institutions and security experts, are the security risks that hybrid threats bring us. I think that we as a country will need an extremely fast adjustment on that subject. We need an adaptable system that will quickly catch up with the new ways of hybrid warfare. This means investing not only in the means of traditional warfare, but also in the latest digital technological tools and in the strategic communications necessary for greater resistance to misinformation.

Dear Conference participants, I wish you successful work in the next few days.

Thank you for your attention!